Manchester United host Swansea City this weekend, and it couldn’t get any worse for Louis van Gaal in a game he needs to win. In four attempts, the Iron Tulip has lost four games against the Welsh side, and if recent results are anything to go by, this one could be another struggle.

The side have welcomed back a few players from injuries in recent weeks which has obviously helped fortunes somewhat, and its great to see the likes of Ander Herrera and Morgan Schneiderlin back in action.

Wayne Rooney will probably lead the line once again, allowing the wide men like Anthony Martial and Memphis Depay to have a real go at their full-backs.

The back line looks solid, particularly with Daley Blind and Chris Smalling at the heart of defence. Ashley Young will play at right-back, with Matteo Darmian at left-back. 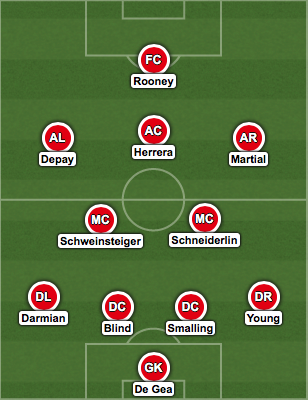 
About Jordan Street 13126 Articles
I'm a 25-year old aspiring writer and I created the blog as a platform to discuss all things Manchester United. Season Ticket holder block E332.
Website

For Manchester United, the games are coming thick and fast. Ole Gunnar Solskjaer’s men are looking in great form right now; although they could have injuries galore heading into their next game against Crystal Palace. […]