The manager must get his team selection absolutely spot on, but he will be without former Southampton man Luke Shaw for obvious reasons. The man to replace him is likely to be Marcos Rojo, despite a lack of match practise for the Argentinian. The rest of the back line should remain unchanged.

A midfield pairing of Michael Carrick and Bastian Schweinsteiger looks extremely nice on paper, both will blend together and they should be able to shut down the middle of the park.

The front three is where this team gets really exciting. Wayne Rooney will obviously lead the line, with the pace of Anthony Martial and Memphis Depay either side of him. Those two are very inconsistent players at the moment due to their age, but both could put pressure on that Southampton back four at any moment. 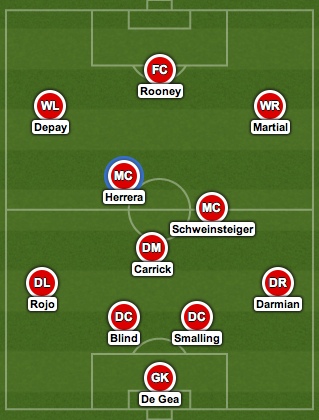