Manchester United Football Club have received their fixtures for the upcoming 2016/17 Premier League season, as the build-up to the big kick-off begins. Jose Mourinho’s campaign will begin with an away game, as he takes his side to AFC Bournemouth.

The self-proclaimed Special One will have to wait until the second round of fixtures before his Old Trafford bow, and that game will take place on August 20th, against Southampton.

As a whole, the list itself doesn’t look all that bad on paper. Yes, there are a few tricky points – May doesn’t look easy, as does October.

However, the usual busy periods of December and January have been relatively kind in the grand scheme of things.

A few dates for the diary are 10th September against Manchester City, 14th January at home to Liverpool, with champions Leicester coming to Old Trafford on the 24th September. 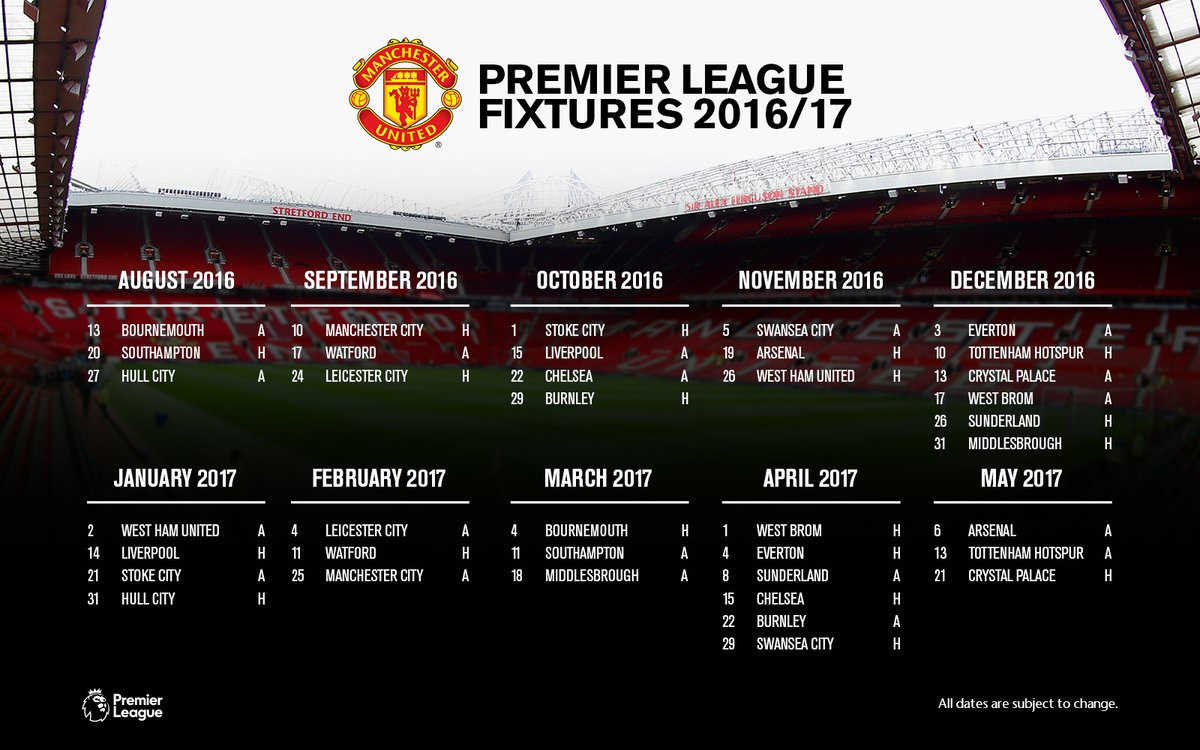 
About Jordan Street 12894 Articles
I'm a 25-year old aspiring writer and I created the blog as a platform to discuss all things Manchester United. Season Ticket holder block E332.
Website

Man United not in talks to sign 29-year-old defender with one year left on deal: report

Manchester United are not in talks to sign Tottenham Hotspur defender, Toby Alderweireld. That’s according to football.london. The 29-year-old, who’s deal expires in twelve months time, is yet to commit to a long-term contract at […]

Jose Mourinho has given Manchester United the green light to part with Anthony Martial. That’s according to Italian media outlet Tuttosport, translated by The Sun, who says that the Frenchman will be heading to Juventus […]

Manchester United have entered the race to sign Croatia midfielder, Ante Rebic, but talks will only progress after the World Cup. That’s according to SportBild, per The Metro, who say that the 24-year-old is also […]