Ironically, it was Manchester United’s attacking inefficiency that led to the defeat at the hands of Southampton yesterday, but before the game the highly-contraversial Red Issue Fanzine sold their last ever copy of the mag, and inside was a bit of transfer news that is sure to please reds all over the world.

Red Issue claim that United are readying a bid for the highly rated Mats Hummels, who’s Borussia Dortmund side are having an extremely tough time as of late.

The 26-year old is reportedly considering a move away from the German club, and Manchester United are believed to be in pole position to land his signature if he does decide to pack his bags and move abroad.

Despite much improved performances in recent weeks, Manchester United need that experienced centre-back who can come in and guide the younger players through games. Hummels fits that bill perfectly, and he’d be at the top of every bodies wish list at this moment in time. 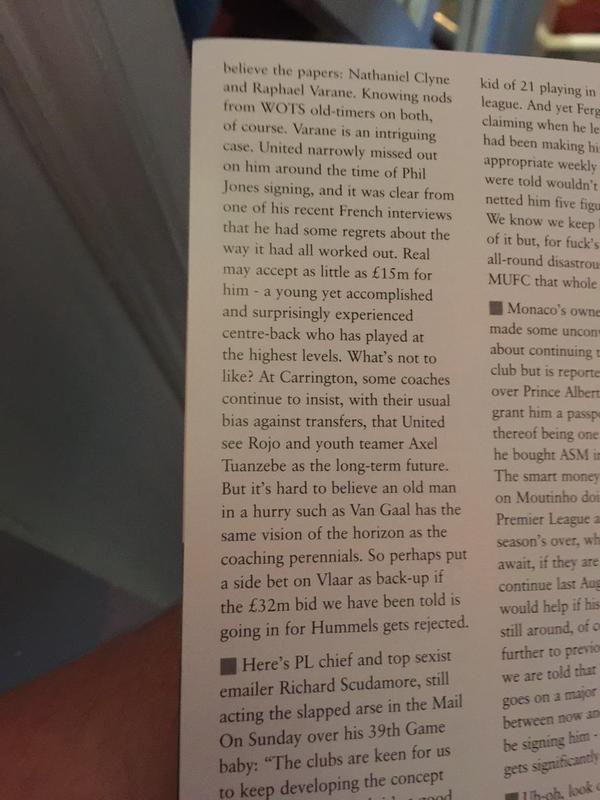 Should United make their move for Hummels? Leave your thoughts in the comment box below.


About Jordan Street 13506 Articles
I'm a 25-year old aspiring writer and I created the blog as a platform to discuss all things Manchester United. Season Ticket holder block E332.
Website

Manchester United Football Club are heading in a different direction under Ole Gunnar Solskjaer, that much is obvious. It’s going to take the Red Devils time to fully acclimatise and adapt to new tactics and […]

It goes without saying that Manchester United desperately need to sign a new centre-back this summer. The Reds conceded 54 league goals last term after Edward Woodward failed to back Jose Mourinho in the defender […]