Manchester United have always had a massive presence off the field as well as on it, thanks to the global brand that has been steadily built over the years. One of the biggest exports in the world at the moment is gaming, and we’re just a month or so away from getting FIFA 17.

The video game is always eagerly anticipated by Manchester United fans, and just yesterday, a leak containing the player ratings appeared on Twitter.

Obviously the United fans were keen to learn whether we’d see an improvement in the squad thanks to some excellent signings, and wow, we look a whole lot stronger on this years edition of the game.

The highest rated red is a tie between 91 David de Gea and 91 Zlatan Ibrahimovic. There is also a massive 87 for new boys Paul Pogba and Henrikh Mkhitaryan. On top of that, Smalling has been upgraded to an 85, and Martial now 82.

These ratings probably aren’t final and we’ll likely see a few switches before the official release of the game, but it’s certainly a positive start! 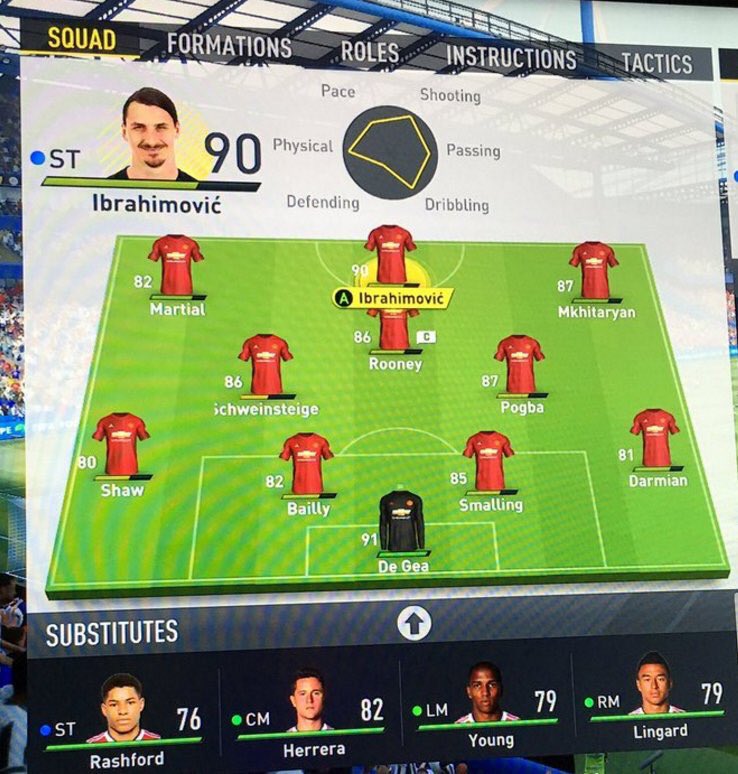 
About Jordan Street 12941 Articles
I'm a 25-year old aspiring writer and I created the blog as a platform to discuss all things Manchester United. Season Ticket holder block E332.
Website

We’re now not too far away from the full release of FIFA 20, just two weeks to be precise… As always, fans of the popular football simulator franchise will wait with anticipation to get a […]