Jose Mourinho isn’t a man that is afraid to make big managerial decisions when the pressure is on, and once again, the self-proclaimed Special One has proven that fact. This time, he has chosen to leave some huge names out of the match day squad for the game against Galatasaray.

Mourinho has chosen to leave Bastian Schweinsteiger, Will Keane, James Wilson, Adnan Januzaj and Timothy Fosu-Mensah back at home. There is also Cameron Borthwick-Jackson, but it is believed he is currently out injured.

This is a bold statement from Mourinho, and the decisions that really spring to mind are leaving Schweinsteiger and Januzaj out. The pair are established players at this club, and it could well signal the end.

Another cause for concern is Fosu-Mensah. Although he did miss the Dortmund game with a confirmed injury, but the extent of that problem is unknown.

There is some positive news however, as the likes of Anthony Martial, Morgan Schneiderlin and Matteo Darmian will all travel. As will David de Gea, and new-boy Zlatan Ibrahimovic.

Check out the full squad here: 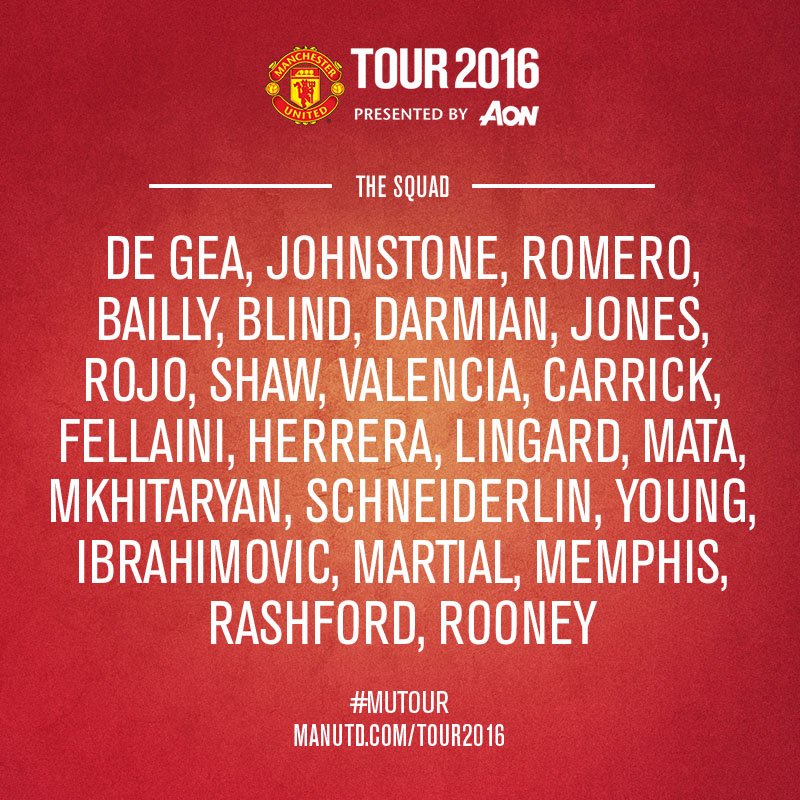 Manchester United’s fourth and final pre-season tour game against Paris Saint-Germain takes place in the early hours of Thursday morning, as Louis van Gaal prepares to get one final look at his squad before the […]

Manchester United Football Club start their pre-season tour during the early hours of Friday morning, with a game against Club America. Jose Mourinho has named an extremely youthful travelling party, largely due to the Red […]

Pictures: Darmian & Fred in training after joining up with Man United squad on tour

Manchester United’s pre-season tour is now well underway, with Ole Gunnar Solskjaer continuing to put his players through their paces. Next up is a game against an excellent Inter Milan team managed by Antonio Conte. […]