Manchester United Football Club have been in a battle with Juventus to sign Paul Pogba for what seems like an age now, and the season officially kicks off next weekend – so hopefully a move happens soon. However, today, Pogba responded to an Instagram post suggesting that he is in Manchester.

TheSPORTbible are known all over social media, and they posted a picture of the 23-year-old, with the caption ‘Pogba has arrived in Manchester’. That was immediately shot down by the French midfielder, who responded in fantastic fashion, by saying that it was an old photo from a year ago.

We all expect this deal to go through, and honestly it feels like this move will happen over the next seven days now that Pogba should be back in training with Juventus.

It really is a huge statement of intent from Manchester United and Jose Mourinho. Pogba is one of the finest midfielders on the planet, and if we can lure him in without Champions League football, it could be huge. 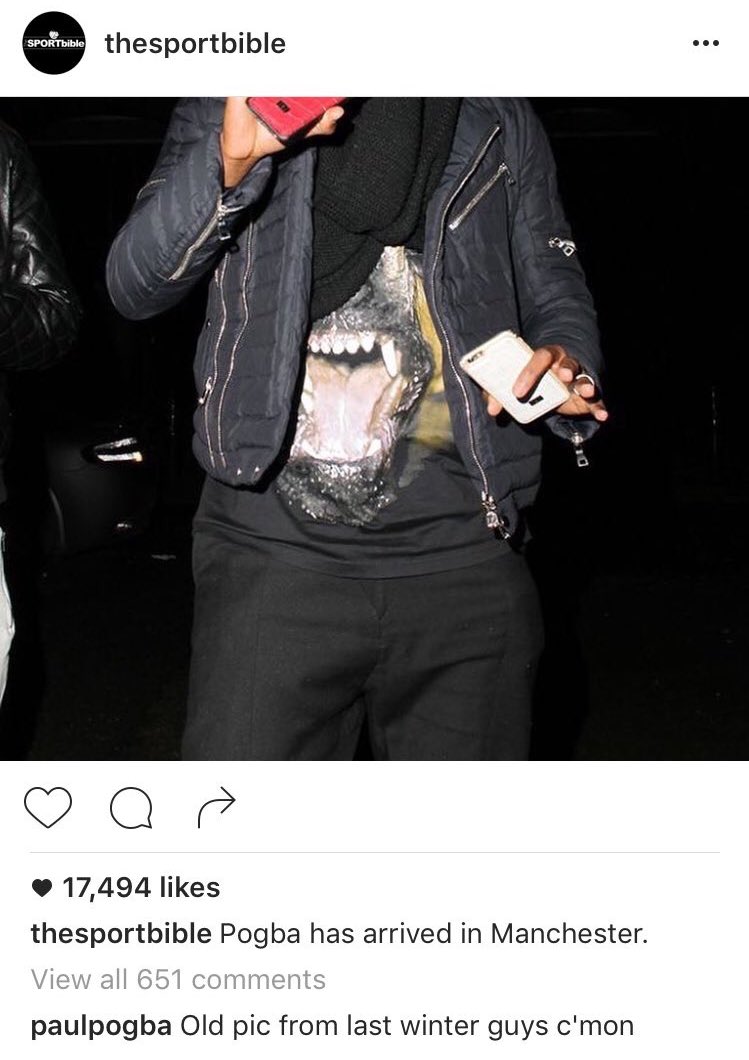 
About Jordan Street 13326 Articles
I'm a 25-year old aspiring writer and I created the blog as a platform to discuss all things Manchester United. Season Ticket holder block E332.
Website

Romelu Lukaku told he can leave Man United if the price is right: report

Romelu Lukaku has divided fans like no other since moving to Manchester United in 2017. The star 26-year-old has always scored goals, but the consistency has been lacking – particularly in the big games. Now, […]

It feels as though the transfer window has only just closed, but the ridiculous rumours have already begun. According to The Mirror, Manchester United are ready to make an audacious £90million move to bring Cristiano […]

Manchester United have recently been linked with a move for Real Madrid’s Sergio Ramos, with the club set to make a straight swap offer involving David de Gea to try and sign the Spanish centre-half.