Manchester United are on the brink of landing one player on deadline day, as a £36million move for AS Monaco’s Anthony Martial looms. The played has had, and passed his Manchester United medical according to Sky Sports News, and now we’re just waiting for the official announcement from both clubs.

Whilst we’ve been waiting for that announcement a picture cropped up on social media, revealed Anthony Martial’s probable squad number for the upcoming season.

As you can see from the picture below it looks legit, and it shows that the 19-year old French striker will wear the #9 jersey for the club this season.

If a 19-year old coming for a record fee wasn’t already enough pressure for Martial, he now has to live up to the hype of some footballing legends like Sir Bobby Charlton and Andy Cole.

Hopefully Martial deals with that and hits the ground running. At this point in time he simply cannot do any worse than Wayne Rooney is at the moment… 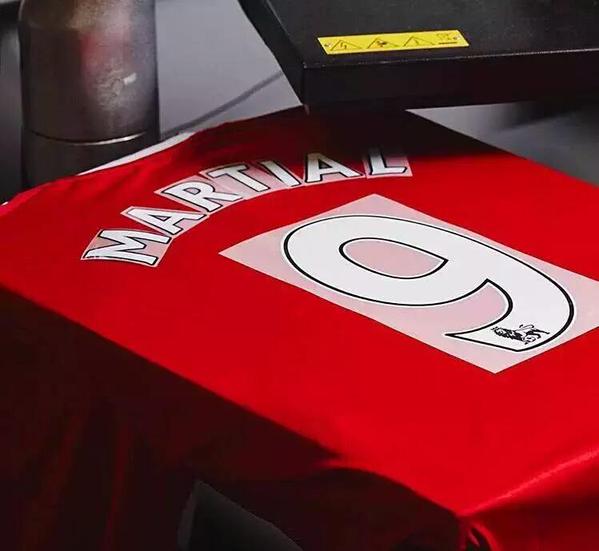 About Jordan Street 13956 Articles
I'm a 25-year old aspiring writer and I created the blog as a platform to discuss all things Manchester United. Season Ticket holder block E332.
Website

Manchester United’s 0-0 draw at Anfield was widely regarded as a point gained rather than two dropped, particularly given the form both clubs were in going into the game. On the whole, we have to […]

Jose says key Man Utd star has only done enough to be a sub, tells him to improve

Manchester United take on Hull City tonight in the Premier League, and it presents a real opportunity for Jose Mourinho’s side to claw some points back on rivals. Liverpool, Chelsea, Tottenham and Arsenal all dropped […]

Just when it looked to be over, the Ivan Perisic saga has taken another twist. According to Gazzetta dello Sport, translated by the Manchester Evening News, Jose Mourinho is set to give into Inter Milan’s […]