Manchester United made it back-to-back league wins following a poor 1-0 defeat at home to Southampton last month, as Louis van Gaal’s side beat a spirited Leicester City 3-1 on a chilly afternoon in Manchester. At the heart of a solid performance was a certain Dutch midfielder.

Daley Blind has been a revelation since joining Manchester United, and he offers our midfield everything that it has been lacking over the past few seasons – Intelligence, the ability to run with the ball and executing the perfect pass.

Blind demonstrated that wonderfully this weekend, picking up a Man of the Match award for a superb display which included a wonderful chipped ball for Robin van Persie’s opener.

That performance has earned him a spot in WhoScored’s Premier League Team of the Week, picking up an 8.69 rating. 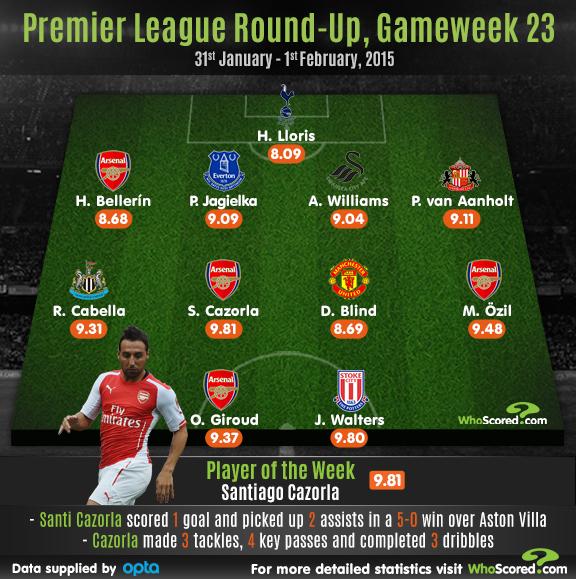 Has Daley Blind been our best performer this season? Leave your thoughts in the comment box below.

Manchester United have agreed to sell versatile Dutchman, Daley Blind, back to Ajax this summer. That’s according to the Daily Mirror, who adds that the midfielder has accepted a four-year contract in Amsterdam; just four […]

Manchester United chose not to buy a recognised centre-back last summer, which raised some questions amongst sections of the Old Trafford faithful. However as the season has gone on, that decision has been justified thanks to […]

Manchester United and Jose Mourinho are planning a major overhaul of the squad ahead of the new season, with the self-proclaimed Special One seemingly not bothered about letting some huge names go.