Manchester United kick-started their Champions League campaign with a solid come-from-behind victory at home to Wolfsburg yesterday, with all the teams in our group now sitting on three points with four games to play.

One of the key members of the squad during that victory was Chris Smalling, who had an outstanding match to continue the fantastic start to the season.

Not only did he do his defensive duties extremely well, he scored the winner after a sublime flick from Juan Mata midway through the second half.

Its great to see just how much Chris Smalling has developed over the last twelve months, and he really has turned into one of the best defenders the country has to offer. He looks solid, doesn’t give the attackers an inch of space, wins the ball in the air and also distributes it very well. 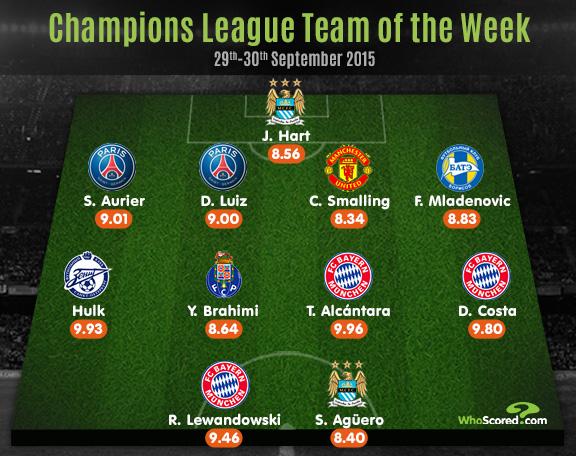 
About Jordan Street 13439 Articles
I'm a 25-year old aspiring writer and I created the blog as a platform to discuss all things Manchester United. Season Ticket holder block E332.
Website

The one area that Manchester United significantly strengthened over the summer was defence. Harry Maguire’s addition was the marquee signing, while Aaron Wan-Bissaka has already proven his quality. When signings are made it often means […]

Manchester United take on Tottenham Hotspur this weekend, with Jose Mourinho’s men looking to finally end their Old Trafford drawing streak in the league; which currently stands at four. The game won’t be easy, though, […]

Manchester United scraped into the final of the newly-renamed EFL Cup this evening, as they lost 2-1 to Hull City on the night but managed to squeeze through 3-2 on aggregate. Jose Mourinho’s men looked […]