Manchester United are back. Jose Mourinho guided his side to a simply stunning 4-1 victory at home to the current champions, Leicester City. From start to finish the players were bang at it and really put The Foxes under immense pressure as they earned all three points.

This morning, Garth Crooks named his Team of the Week for the BBC, and Manchester United managed to get two names involved in an extremely strong looking side; containing the likes of Sergio Aguero, Philippe Coutinho and Laurent Koscielny.

First up we have Chris Smalling. He spent most of the summer injured, and his first few performances felt like that was the case. However, he was back to his best over the weekend, as he put in a real solid display, including bagging himself a goal with an excellent header.

The other red in the side is Paul Pogba. Manchester United’s £89million man had a relatively quiet first few games, but he really picked it up against Leicester in a game that is sure to boost his confidence. Scoring his first goal would’ve helped that cause.

Check out the full Team of the Week here: 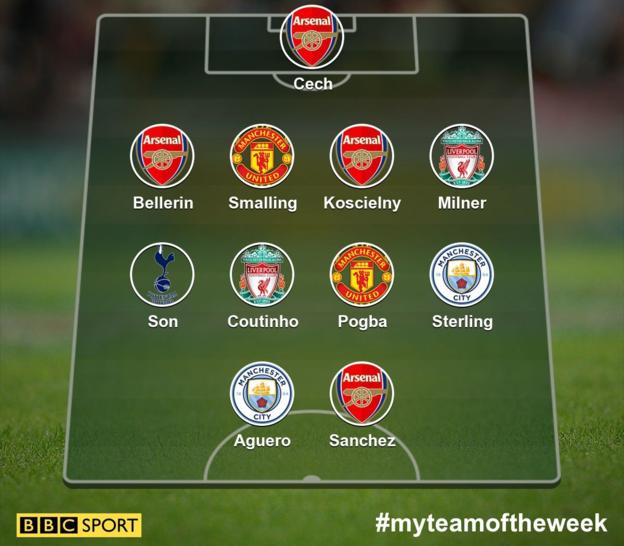 
About Jordan Street 13421 Articles
I'm a 25-year old aspiring writer and I created the blog as a platform to discuss all things Manchester United. Season Ticket holder block E332.
Website

Manchester United were more than holding their own in the Champions’ backyard yesterday, up until the 39th minute when Chris Smalling got himself sent off for a cynical challenge just before the half-time whistle. Smalling […]

Edgar Davids: I expected a lot more from this key Manchester United star

Manchester United’s squad is star-studded. The club have poured money aplenty into building an array of the world’s best. However, for whatever reason, several superstars just aren’t performing anywhere close to their full capabilities. Perhaps […]

The Manchester United train just keeps on rolling. The Red Devils have won nine from ten with Ole Gunnar Solskjaer at the wheel, with the club now dragging themselves back into the top four race. […]