Manchester United Football Club secured one of their biggest results of the season on Sunday afternoon, as Louis van Gaal’s young side managed to overcome a full strength Arsenal 3-2. The man of the moment was without doubt Marcus Rashford, and his performance has been rewarded.

WhoScored have included the 18-year old in their Premier League Team of the Week, with a mightily impressive 8.67 rating. He took one goal brilliantly with his right boot, before adding a second shortly after with a superb header across the goal.

Its now up to him to work hard and keep his place in the match day squad, as we all know Louis van Gaal will certainly keep giving him the starts as long as Rashford keeps doing the business on the field.

He is in the team alongside the likes of Mesut Ozil, Danny Rose and Branislav Ivanovic. 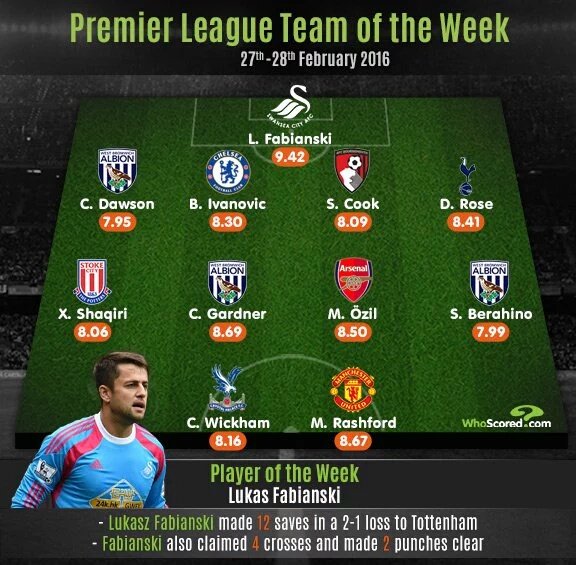 
About Jordan Street 12913 Articles
I'm a 25-year old aspiring writer and I created the blog as a platform to discuss all things Manchester United. Season Ticket holder block E332.
Website

Giggs: This Man United star is like Thierry Henry

Manchester United have made a brilliant start to the Premier League season, picking up three wins in their opening three fixtures so far. Jose Mourinho has his team playing the Red Devils way and it […]

Manchester United Football Club suffered their second loss in three Premier League games, with Jose Mourinho’s men losing to Newcastle United. From the start, the Red Devils looked off the pace, failing to get any […]

Marcus Rashford should leave Manchester United on loan, according to Jermaine Jenas. The English striker scored against Watford yesterday, helping the Red Devils to victory in their final Premier League game in 2017/18. However, Alexis […]