Manchester United continued their excellent form into the game against Liverpool at the weekend, beating the old enemy 2-1 at the Theatre of Dreams.

The goals came from Marcus Rashford, after some excellent work from Romelu Lukaku, who won his aerial duel with Dejan Lovren more often than not. Sure, the result could have been much more comfortable, but the defenders played brilliantly to blunt probably the most free-flowing attack in the country right now.

For their displays, three Red Devils stars earned their place in Garth Crooks’ BBC Team of the Week, and rightly so. Let’s start with the aforementioned Rashford. You cannot forget that this was his first Premier League start since Boxing Day and he more than justified the faith placed in him by his manager. Not only did he score twice, but he was a constant thorn in the side of Liverpool’s defenders.

Then you have Ashley Young. He’s had a hit and miss season at left-back, but against Liverpool, he was absolutely brilliant. Not many have the ability to keep Mohamed Salah quiet for 90 minutes, and the former Aston Villa man did exactly that.

The surprise has to be Chris Smalling. I’ve seen some amateur displays from the England international this term, but he stepped up when it mattered most and didn’t give Roberto Firmino a sniff of an opportunity. Despite his own-goal, I probably would have thrown Eric Bailly in the TOTW too, but I guess there is only so many spaces…

Check out the full Team of the Week below: 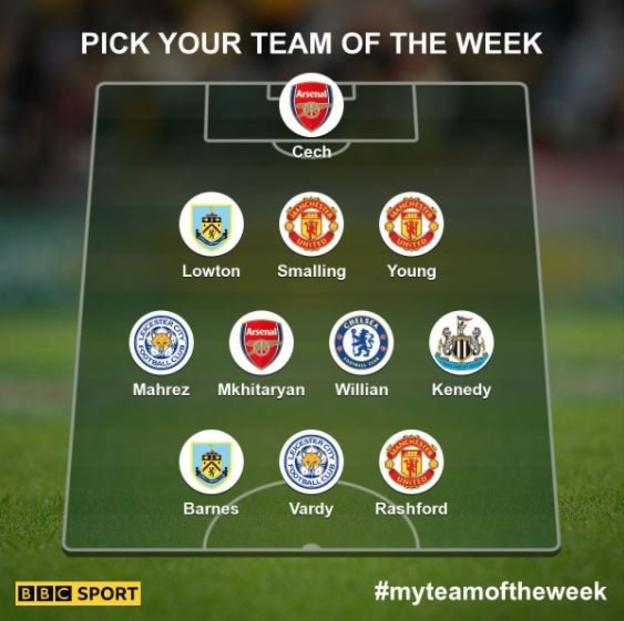 About Jordan Street 13305 Articles
I'm a 25-year old aspiring writer and I created the blog as a platform to discuss all things Manchester United. Season Ticket holder block E332.
Website

In his weekly presser, Sir Alex confirmed that centre-back Chris Smalling is still not ready for a first team return, but he is now ‘not far away’ which is encouraging. He is yet to feature […]

Manchester United have found themselves back in the goals recently, scoring six in their last two Premier League outings. Perhaps the best attacking outlet the Red Devils have had against both Arsenal and Fulham is […]

Unfortunately for us fans, Manchester United football is in the middle of a two-week hiatus due to the dreaded international break. Jose Mourinho’s head into the first of these sitting atop of the tree; amassing […]