Manchester United announced the signings of Radamel Falcao and Angel Di Maria over the past week, and despite the lack of Champions League football, it highlights just how much of an attractive proposition playing for Manchester United is. However, Louis van Gaal’s job has just become a whole lot harder, and picking a starting XI will be tough.

With attacking talent like Adnan Januzaj, Juan Mata, Angel Di Maria, Radamel Falcao, Wayne Rooney and Robin van Persie at his disposal, at least a couple are always going to be disappointed. However, when everyone is fit and in top form, this is the XI i’d go with. I’ve left Wayne Rooney out of the team, but if United were to switch to a 4-3-3 he’d definitely feature. 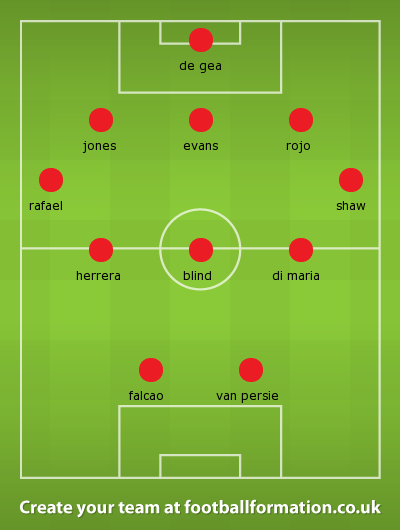 Manchester United could make a statement of intent in the hunt for a spot in the top four this season, as a fellow team hunting a spot in the Champions League visits Old Trafford. An […]

Well folks, Manchester United’s final Premier League game of the season is upon us. Jose Mourinho guides his men into battle against Watford at Old Trafford, closing the campaign in what is our best finish […]

Manchester United’s hopes of finishing in the top four are hanging on by a thread, with Louis van Gaal having just three games left to salvage his season. Next up is a tricky trip away […]