A deal to bring Marcos Rojo looks all-but done after the player himself hailed the transfer as a ‘dream move’ whilst speaking to local radio this morning, and the 24-year old defender has now added fuel to the fire regarding the future of his Argentina compatriot Angel di Maria.

Rojo ‘liked’ the below photo on Instagram, where the designer has mocked-up Rojo and Angel di Maria pictured, with a Manchester United badge in behind. I know this doesn’t mean anything is set in stone, but it certainly got Manchester United fans talking.

Rojo infamously liked a photo of himself in a Manchester United shirt last week, and it looks as though the defender is trying to drop another hint here. Whether he knows something we don’t remains to be seen, but things will be much clearer soon enough. 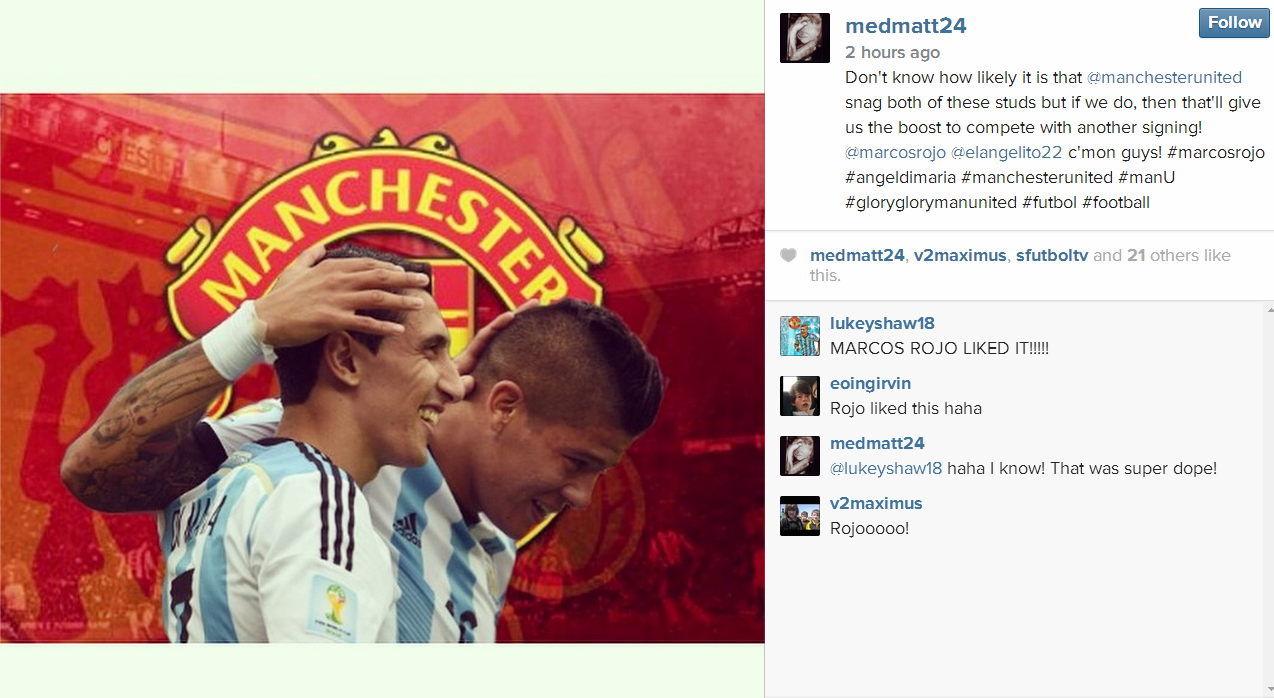 About Jordan Street 15649 Articles
I'm a 25-year old aspiring writer and I created the blog as a platform to discuss all things Manchester United. Season Ticket holder block E332.
Website

Manchester United Football Club are in the midst of transition. Under Ole Gunnar Solskjaer the signs have been hugely positive, though there is still much work ahead. We’re approaching a seriously important Man United January […]

With the FA Cup final looming, Manchester United could be sweating on the fitness of one of their starting line-up regulars. According to the Daily Mail, Marcos Rojo is a doubt for the domestic showpiece which […]

Manchester United were dealt a huge blow in the Manchester derby, as Marcos Rojo was ruled out for six weeks with a long-term injury. The Argentinian has made an energetic and enthusiastic start to his […]