Manchester United host Hull City on Saturday afternoon, with Steve Bruce’s side hovering dangerously just one spot above the relegation zone. An injury-hit side should hopefully get a few players back this weekend, and we’re yet to know the extent of Luke Shaw’s injury, but we should learn more as the week progresses.

Ander Herrera made a return to action for the U21s last night, and scored a superbly worked free-kick in United’s 5-0 victory over Blackburn. Yes, its a level below Ander Herrera, but after a superb performance you’d imagine he could well be in-line for a start.

This is the early XI that could well start against Hull on Saturday, but expect that to change somewhat as the week goes on. 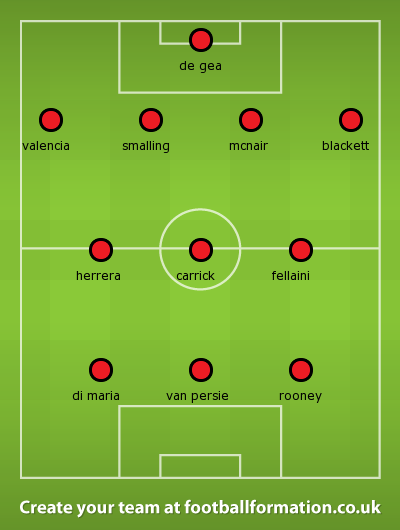 
About Jordan Street 13422 Articles
I'm a 25-year old aspiring writer and I created the blog as a platform to discuss all things Manchester United. Season Ticket holder block E332.
Website

Manchester United refocus their attentions on Premier League football once again this weekend, and a crucial home game against Southampton awaits. Its a third versus fourth place battle, as both sides look to strengthen their […]

Manchester United will be looking to get back to winning ways, with Sunderland visiting Old Trafford and a much-needed three points on offer for Louis van Gaal and his men. The hunt for a spot […]