Manchester United don’t play a game for thirteen days now (!), which gives Louis van Gaal’s side some much-needed time to get a few players back from injury. One of those players is Radamel Falcao, who according to a fan who met him at the game on Saturday, will return. It is also believed that Rafael da Silva will regain his place at the expense of Antonio Valencia.

Michael Carrick could return, but he hasn’t had much football under his belt over the past few months due to an injury, so I reckon he’ll be dropped in favour of the much more mobile Ander Herrera. 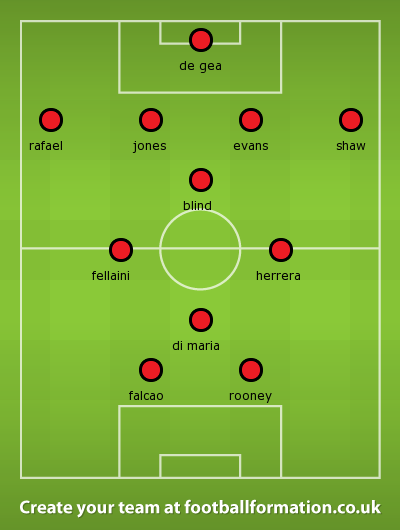 
About Jordan Street 13506 Articles
I'm a 25-year old aspiring writer and I created the blog as a platform to discuss all things Manchester United. Season Ticket holder block E332.
Website

Manchester United’s Premier League season opener is already upon us, with Frank Lampard’s Chelsea heading North for what could well be an eventual battle for a spot in the top four. The game itself brings […]

Manchester United’s did exactly what they set out to achieve this season, by returning Champions League football to Old Trafford after a year-long absence. Louis van Gaal will now use the summer to mould the […]