Louis van Gaal will get his first taste of FA Cup action on Sunday afternoon, as the lads head South to take on League One opposition in the form of Yeovil Town. The magic of the FA Cup is a phrase often used, so United will have to be focused if they want to avoid a huge upset at an early stage.

With that in mind, and the MK Dons horror show still pretty fresh in the memory, Louis van Gaal will opt for a stronger side today.

Angel di Maria is rated as 50/50 for the game, and it’ll be nice if he can pull through and start the game on the right-hand side. It will also be a confidence booster for Adnan Januzaj if he gets his start on the left-wing.

The defence is young and it worries me, but against League One opposition they should have enough talent to pull through and get their names in the draw for the fourth round. 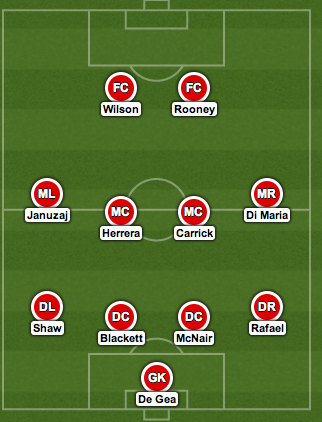 
About Jordan Street 12757 Articles
I'm a 25-year old aspiring writer and I created the blog as a platform to discuss all things Manchester United. Season Ticket holder block E332.
Website

Manchester United struggled last time out, as Arsenal absolutely hammered us 3-0 away at the Emirates, blitzing us in the first 20 minutes of the game. The defensive struggle was clear for all to see, […]

Manchester United Football Club have changed somewhat in recent years. Sine Sir Alex Ferguson left the club, their willingness to promote youth has somewhat diminished, and big money has been spent on star players like […]