Manchester United’s pre-season tour comes to its conclusion this evening. The Red Devils take on Italian side Sampdoria out in Dublin, and undoubtedly, the stadium will be packed to the rafters with a rather large Irish contingent of the Old Trafford faithful.

So far, Jose Mourinho’s team have won five and lost one tour game, although to be honest, that isn’t the most important part about these friendly fixtures. The manager will be looking for his players to build that all-important match fitness – whilst getting a chance to see some highly talented youngsters in action.

The Gaffer has a fully fit squad to choose from. I’d expect the likes of Juan Mata and Ander Herrera to both start, purely because they’ve missed some action due to being out injured.

On top of that, you’d imagine new-boy Nemanja Matic will get the nod as it gives him a chance to get some precious minutes playing alongside his new teammates before the UEFA Super Cup next Tuesday.

Then, in all likelihood, the duo of Chris Smalling and Victor Lindelof should play at the heart of defence, as both Eric Bailly and Phil Jones will be suspended for the season-opener against Real Madrid.

Manchester United are favourites to secure a victory, check out signupbonuses to land yourself a free bet to place on the big match.

Mourinho’s men are odds-on with all the major bookies, in what they are predicting to be a comfortable victory to round off pre-season proceedings. 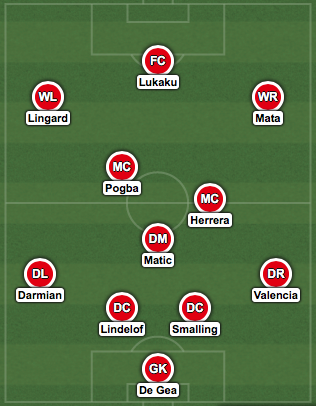 Hopefully, we’ll get the opportunity to get another look at some of the supremely talented youngsters that have been in and around the squad over the last few weeks. Personally, I’m a huge fan of Andreas Pereira. The Brazilian has been deployed in a deeper role for the most part, but I’m praying that tonight is the time where we’ll see him start as a #10.

On top of that, Timothy Fus-Mensah has looked great recently, and I hope that the manager continues to utilise him as a right-back, whilst also giving him an opportunity to prove his worth when deployed in that defensive-midfield role, which I believe he is tailormade for.

This should be relatively easy. I’ll go for a nice 3-1 victory to Manchester United, with goals coming from Romelu Lukaku, Juan Mata and Anthony Martial.

The reds to continue their Champions Cup campaign against Italian Giants Inter Milan. I think it’s fair to say that this game will be dominated by the return of former Manchester United Centre Back Nemanja […]

The third game of the pre-season tour ended 1-0 to the reds. New-boy Shinji Kagawa bagged his first goal for the club which capped off an excellent performance from the 23-year old. The young trio […]

David de Gea – Made some solid saves, including a stop from a Gareth Bale overhead-kick. Distributed the ball superbly. 7/10 Michael Keane – At fault for the penalty. As you’d expect he struggled marking one of […]