Manchester United Football Club kick off their FA Cup campaign this coming Saturday, in a game against lower league opposition in Sheffield United. This tournament could be a real chance for silverware for Louis van Gaal, as well as allowing him to give some youngsters a chance.

Sergio Romero should get the nod in goal, with an inexperienced back four in front of him, minus Chris Smalling. Cameron Borthwick-Jackson will play at left-back, with Guillermo Varela starting on the right-hand side. Paddy McNair makes up the back line.

Michael Carrick and Marouane Fellaini will play in the centre of the park, allowing the ‘Schmidfield’ a little rest after the busy Christmas period. Ashley Young will get his chance in a more attacking role, alongside Andreas Pereira and Memphis Depay on the left wing. Anthony Martial will lead the line. 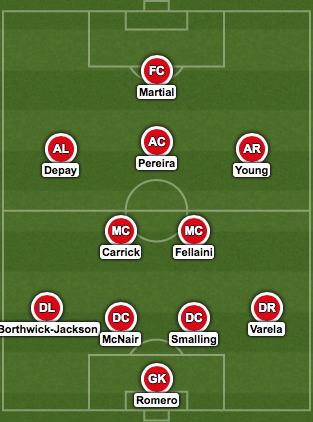 Manchester United have received a timely boost ahead of the highly anticipated battle against North-West rivals Liverpool. This is the fewest amount of injuries we’ve ever had at one time, with just four players sidelined […]