Manchester United were struck down with an extremely cruel injury blow last night, as Luke Shaw was stretchered off after suffering a broken leg during the 2-1 loss to PSV in Eindhoven last night. Louis van Gaal is now without a key man, and has some selection dilemmas on his hands.

For me I’d go with Marcos Rojo out there.  He has much more pace than Blind and thats essential when playing in the wing-back role.

Another option would be to go with Ashley Young, but the 30-year old is always better the further up the pitch he plays, despite performing well in the left-wingback spot at times last season.

Obviously the game is going to be much tougher without Shaw on the field, and there is no doubt we’ll miss him an awful lot this season. Hopefully he can recover soon and get back into the side for the next campaign. 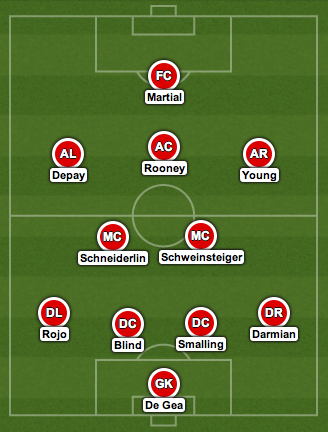 4-2-3-1: How Manchester United could line up if they sign Ivan Perisic

Recently, there have been plenty of rumours and reports linking Inter Milan’s Ivan Perisic with a move to Manchester United. The 28-year-old winger has been plying his trade all over Europe for quite some time […]