Louis van Gaal will be keen to avenge the back-to-back defeats suffered at the hands of Chelsea and Everton, and he may well make a few changes to the starting XI.

David de Gea will continue in goal, with Paddy McNair retaining his place in the side. Luke Shaw will have done enough to keep Daley Blind on the bench, and Antonio Valencia still holds the right-back spot.

If fit, Michael Carrick should return in the holding midfielder role, with Marouane Fellaini and Ander Herrera ahead of him.

Ashley Young and Juan Mata should just get the nod over Angel di Maria, and Robin van Persie may start due to an season-ending injury for the club captain, Wayne Rooney. 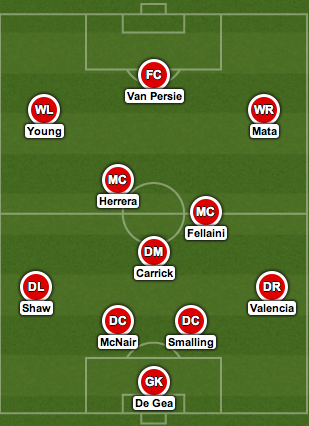 Manchester United Football Club has won three from three over the last week or so – looking pretty good in the process. Ole Gunnar Solskjaer deserves praise for his work, though he’ll be looking to […]

Manchester United progressed safely through to the FA Cup fourth round thanks to a comfortable victory over Derby County. Their prize? A trip to Yeovil Town; the lowest ranked side left in the draw. Jose […]