The game itself is going to be extremely tough with Mauricio Pochettino’s team incredibly well coached with some excellent players.

With that said, I always back the Red Devils to come away from any fixture with a victory, particularly with this newfound firepower. With the game in mind, let’s take a look at the predicted starting line-up. 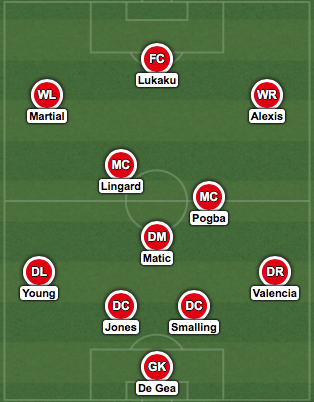 In goal, David de Gea will return to the line-up following him getting a rest at the weekend. Ashley Young and Antonio Valencia will both likely come back into the team, although Luke Shaw was excellent once again. Phil Jones and Chris Smalling are an excellent combination at the back and that partnership will be restored here.

Nemanja Matic has been sublime for us since his arrival from Chelsea and the Serbia star will have an important role to play in this one. Paul Pogba will be allowed to roam forward, potentially joining Jesse Lingard in attack.

Alexis Sanchez’s league debut comes against his old Arsenal rival, and what a chance he has to make a statement. Anthony Martial is in the form of his life, with Romelu Lukaku leading the line.

Manchester United and Champions League football is a great combination. Things get underway this Wednesday, when the Red Devils head to Berne to take on Young Boys. Jose Mourinho will be hoping to kick things […]