Manchester United Football Club are playing games thick and fast over the hectic winter schedule, and another one is right on the horizon. Jose Mourinho takes his mean down South to play a West Ham side who have been a real mixed bag at times this campaign.

Games against The Hammers are never easy and always full of incident, and I’d fully expect this one to be no different. Ahead of the fixture, we’ve tried to work out our probable starting eleven for the match.

In goal, we’ll obviously go with David de Gea, and both Phil Jones and Marcos Rojo will come back into the team after being rested on New Years Eve. Antonio Valencia has been brilliant recently and he’ll continue. I expect Jose to give Blind a breather, with Matteo Darmian coming in.

Michael Carrick could well be back to play the holding midfielder role, reuniting that trio including Paul Pogba and Ander Herrera that has had so much success recently.

The front three is interesting. I don’t see any way in which Zlatan Ibrahimovic get’s dropped so he’ll obviously lead the line. Henrikh Mkhitaryan will also likely play, but I wouldn’t be surprised to see Jesse Lingard start in place of Anthony Martial despite his heroics against Boro. 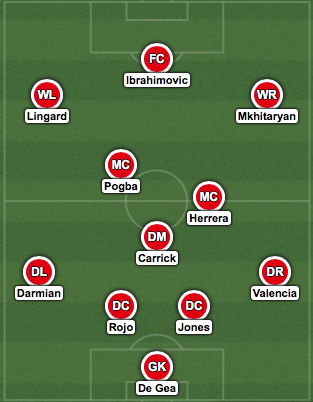 After another extremely disappointing result in the Premier League, Manchester United’s attentions turn back to continental football, with a potentially tricky away trip in the offing. Fenerbahce and Turkey will provide a tough task for […]

Manchester United host Swansea City this weekend, and it couldn’t get any worse for Louis van Gaal in a game he needs to win. In four attempts, the Iron Tulip has lost four games against […]