Manchester United have been presented with an opportunity to send out a real message to the rest of the Premier League this afternoon.

The Red Devils will head to Anfield in buoyant mood, following some excellent form before the international break.

United’s clash against Liverpool will be streamed live via Sky Sports. Coverage begins at 11:30.

Liverpool away is never an easy fixture, but it couldn’t have come at a better time for Jose Mourinho and his men. Our opponents come into this game struggling, particularly defensively.

Hopefully, United go out and attack, and judging by the starting XI, that’s what the boss is planning on doing.

As expected, there is no Michael Carrick, Paul Pogba or Marouane Fellaini, which has meant a two-man midfield of Nemanja Matic and Ander Herrera. We’ll probably also see Henrikh Mkhitaryan deployed in a slightly deeper role. There is also no Eric Bailly which is a cause for concern as he’s not on the bench. Marcus Rashford drops out of the XI.

Anthony Martial finally gets a richly-deserved chance to start. This is a huge opportunity for the 21-year-old, and he simply has to grasp this chance with both hands – and go out and send a message to the manager. 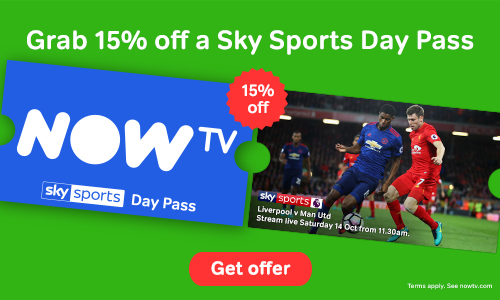 Why not treat yourself to a Sky Sports Day Pass with 15% off and enjoy all the sport you desire for the next 24 hours. Costing just £5.94, no contract, starting with the big clash at Anfield.

Liverpool vs Manchester United will be streamed via Sky Sports, with coverage starting at 11:30.

Manchester United Football Club have started their season in exactly the same manner as their summer went; lethargically. Jose Mourinho couldn’t sign the players he wanted to during the transfer window. That has carried over […]

Manchester United overcame West Ham 3-1 this afternoon, to record their first league home win in three attempts. The goals game from Danny Welbeck, Adnan Januzaj and Ashley Young, before the Hammers hit back with […]

United have the chance to extend their lead at the summit to 15 points before City play Chelsea on Sunday as they travel to Loftus Road to take on Harry Redknapp and QPR. The North-West […]