Manchester United once again slumped to a 0-0 draw at home to West Ham this weekend, and although every good title challenge is based on a solid defence, you also need the side to come through and create plenty of chances to allow themselves opportunities at goal.

Sky Sports have compiled a list of sides who have created clear cut chances in the Premier League this season, and it certainly doesn’t make for exciting reading if you’re from the red half of Manchester.

This just isn’t good enough for a side challenging for title, and that simply has to improve going into the second half of the season. 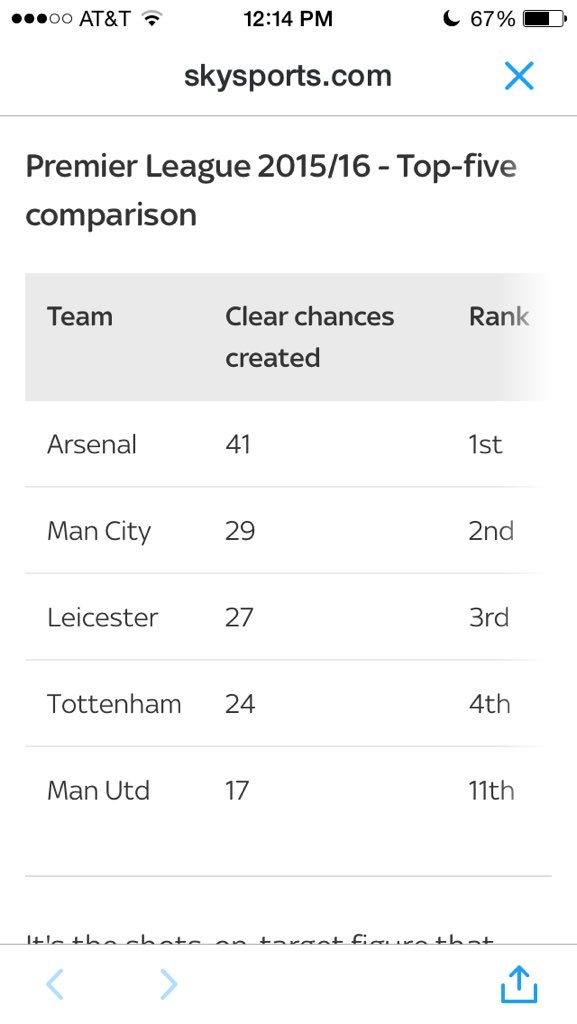 Manchester United Football Club saw their penultimate game of the season postponed at the weekend, after a terrifying incident took place regarding a potential explosive device. However before the game, the fans were making their […]

Much to the dismay of Manchester United fans, Louis van Gaal seems intent on continuing his love affair with the 3-5-2. On a number of occasions, United have underperformed this season, and more often than […]

Manchester United’s January transfer window has been an extremely dull one, and as we near its conclusion, things at Old Trafford could finally be hotting up. According to the Manchester Evening News, United are ready […]