Manchester United Football Club have finally announced their Premier League squad numbers for the upcoming season, with Zlatan Ibrahimovic given the number nine jersey. Also, the new-boys in Mkhitaryan and Bailly have been given the 22 and 3 jerseys respectively.

However, there were a couple of notable omissions from the squad numbering, and it doesn’t look like neither of James Wilson nor Guillermo Varela have any sort of long-term future at Old Trafford.

Wilson burst onto the scene a couple of years ago as he scored twice on debut, and was the new kid on the block that everyone expected big things out of. Sadly, since then he has fizzled out dramatically, and spent last year on loan at Brighton.

Guillermo Varela is a bit of an odd one. He is clearly a talented right-back, but that’s an area of the field where United have plenty of options at the moment. 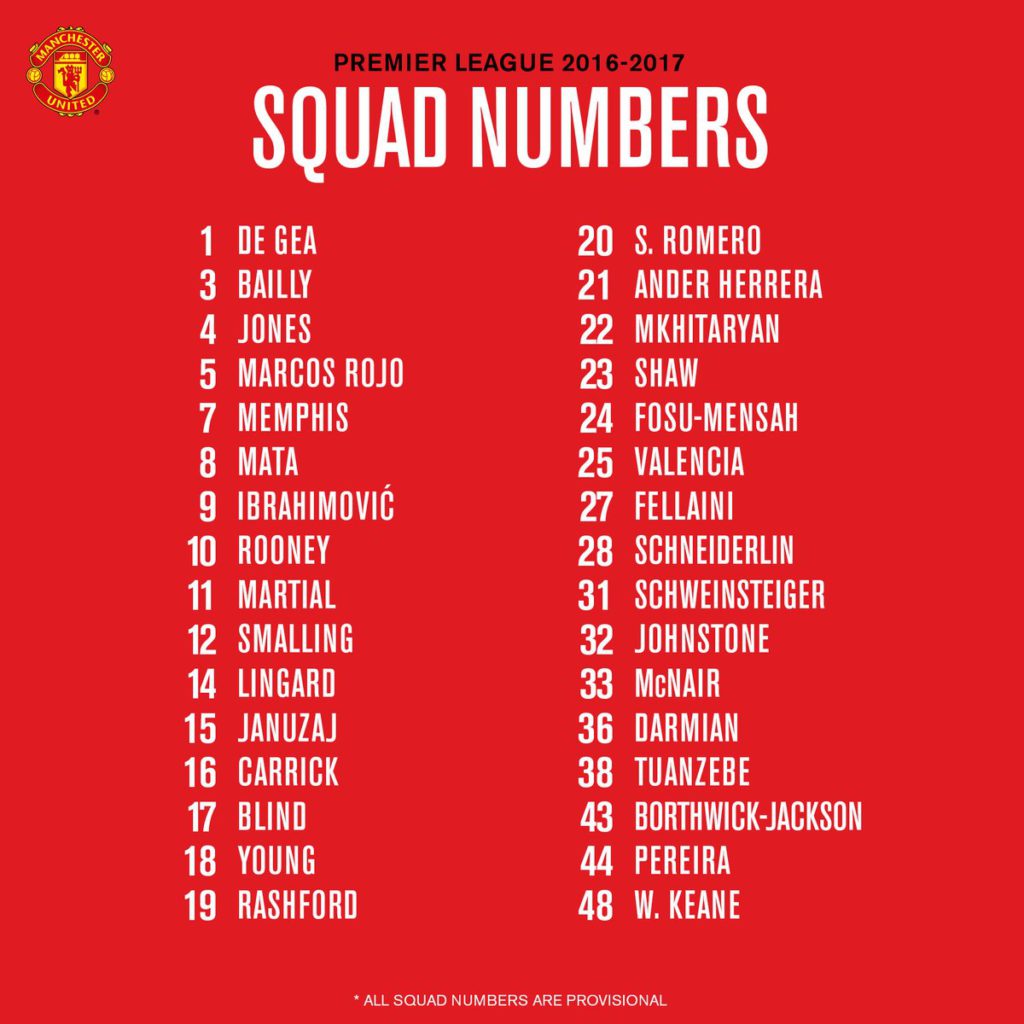 About Jordan Street 14361 Articles
I'm a 25-year old aspiring writer and I created the blog as a platform to discuss all things Manchester United. Season Ticket holder block E332.
Website

Manchester United have had to use plenty of young players in the defence over recent weeks, due to a whole host of injuries in that area of the field. One man who has come into […]

Manchester United have always been known for their willingness to give youth a chance. Cast your mind back to almost five years ago, when on debut, James Wilson scored two goals on debut to help […]

Manchester United’s squad overhaul is well underway by Jose Mourinho, with the new manager looking to bring in new faces before the season kicks off in just a few weeks. However, alongside that, players will […]