Manchester United are still putting the pressure on their Premier League rivals who sit above them in the table right now – but still without much reward. However, the gap on the top four is now just two points thanks to another victory, where Mourinho’s boys beat Watford by 2-0.

To be fair, the game itself was a comfortable one for Manchester United. The Red Devils were on the front foot throughout, and two players have been rewarded with a spot in Garth Crooks’ BBC Team of the Week.

First up is Juan Mata, who opened the scoring on the day with a cheeky little finish that calmed the nerves. The Spaniard is just a class act, and he makes the rest of his teammates play better. Mata makes excellent runs that often go unnoticed, and some of the balls he plays are just out of this world.

He deserves massive credit for not letting his head drop, because Mata, like so many others, have been used in a rotational system. Now, he looks absolutely undroppable.

The other red in the team is Eric Bailly, and what a signing the Ivorian centre-half has been. He’s such an aggressive and front-foot defender, and he never gives the opposing forwards the time to try and control the ball.

When he went away to the African Cup of Nations, it was a real shame to be without him. However, now he’s back and is playing some brilliant stuff defensively, and we’re lucky to have him.

Have a look at the full Team of the Week here: 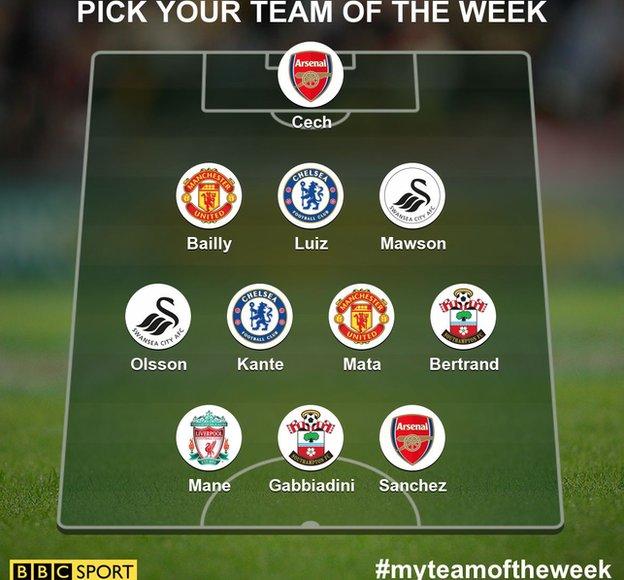 Manchester United definitely unearthed a real gem of a footballer in the form of Henrikh Mkhitaryan recently, with Jose Mourinho finally putting his faith in the Armenia international. The 27-year-old was really flourishing in the […]

Manchester United have needed some good news for a week or two now, and well, finally it seems as though Ole Gunnar Solskjaer has something to smile about. The Red Devils are set to get […]

Two of Manchester United’s three amigos took part in a crossbar challenge recently, as Juan Mata and Ander Herrera go head-to-head to see who is the first player to hit the bar three times. As […]