Manchester United have announced the squad that will go on pre-season tour to China, and its a strong one. Now that the players are back from their international duties, the likes of Wayne Rooney, David de Gea and Chris Smalling are all back involved.

However, amongst the squad there were three notable absentees. Cameron Borthwick-Jackson, Guillermo Varela and James Wilson.

First up, Borthwick-Jackson has been left out due to a groin strain that he reportedly picked up in training, and although the extent of the problem isn’t known, it’s a real shame for him.

Guillermo Varela is another full-back who’ll be remaining in England, but his case is different. He is thought to be one of the players Mourinho wants to ship out, and today, talk of a move to Eintracht Frankfurt is on the cards.

James Wilson is an odd one. Many thought that he could have a real impact this season, but it looks as though Mourinho isn’t a fan. Now reports suggest he could be on his way out of Old Trafford. 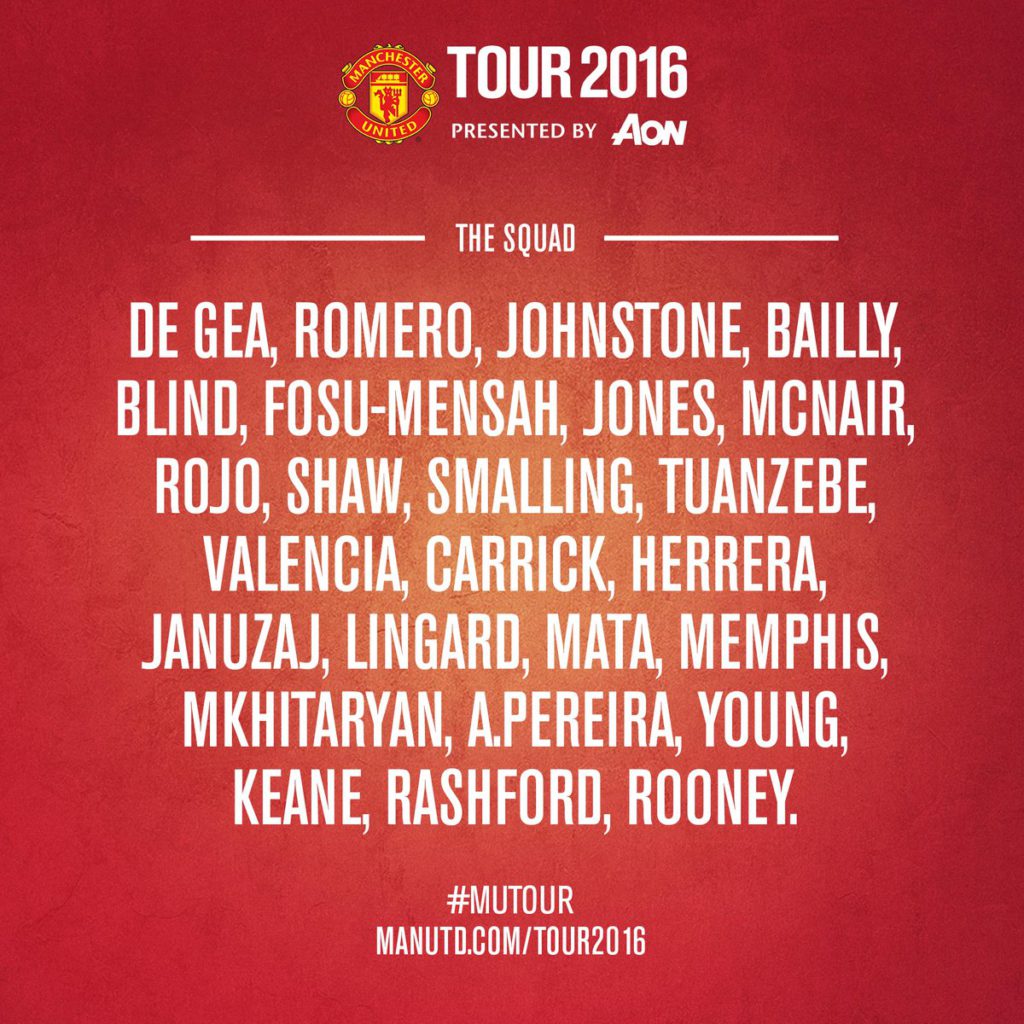 Manchester United’s squad overhaul is well underway by Jose Mourinho, with the new manager looking to bring in new faces before the season kicks off in just a few weeks. However, alongside that, players will […]

Manchester United’s Louis van Gaal is obviously still making his mind up regarding the future of some players, and today the club have confirmed that James Wilson has left Old Trafford on loan until the […]

Manchester United are undergoing a major Jose Mourinho transformation at the moment, with the self-proclaimed Special One seemingly prepare to trim the squad, after bringing in three new faces.