We’re already at the first international break of the 2016/17 season, and although we’ve got a fortnight without Manchester United, it comes back with a bang as the first derby looms. Ahead of that, though, we’ve still got some football on the horizon.

Sam Allardyce has named his first squad for the upcoming friendly against Slovakia, and a trio of reds have been included.

Luke Shaw has been brought back into the mix for his country after suffering that horrific leg-break, and it really is excellent to see him rediscover some brilliant form after being out for so long.

The next man up is Chris Smalling. The centre-back looks to have cemented his place at the back alongside John Stones, and despite not featuring for United from the off this season, he has kept his place.

Finally, we have Wayne Rooney. The United and England captain has come in for some stick to start this season, and rightly so. The thing that’s most interesting here is the fact that he has been included as a midfielder, which he clearly isn’t.

Check out the full squad here: 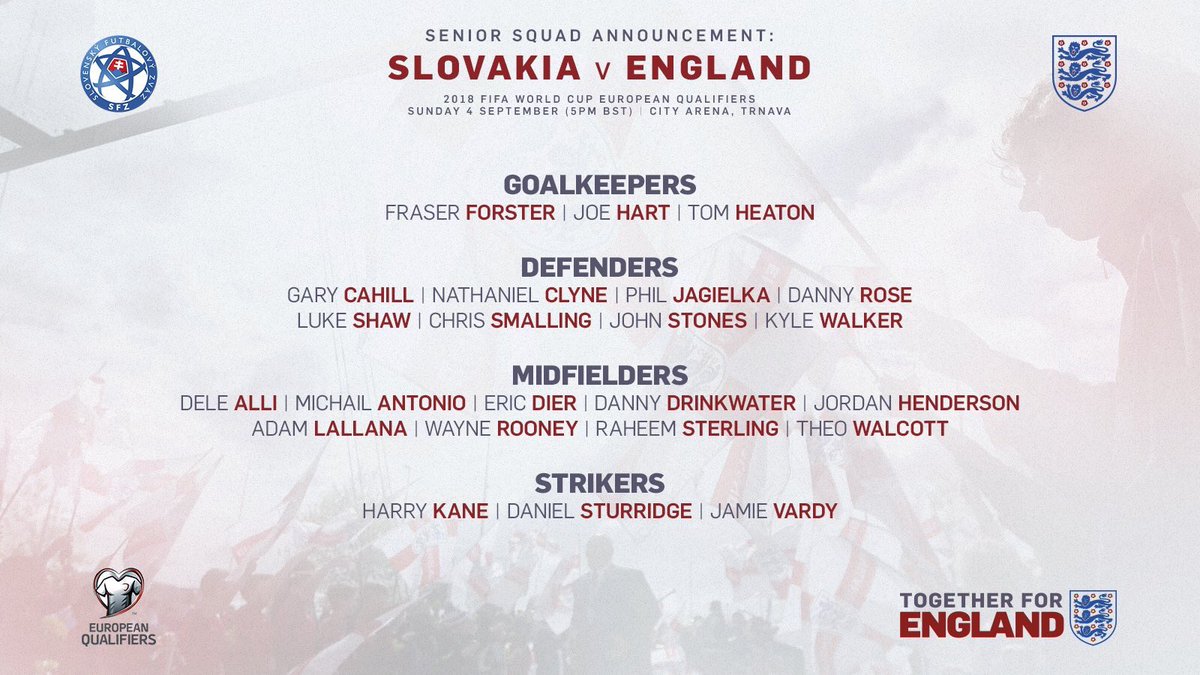 England faced a tough Polish side in the Polish national stadium, Warsaw, this afternoon. The 1-1 draw was probably a fair result in the end, with the quality of play being marginally better than the […]

Manchester United’s defensive problems are set to get worse ahead of the visit of Sam Allardyce’s new-look West Ham side, with another defender set to miss out through injury. According to the Daily Mail, Chris […]

Old Trafford and Manchester United Football Club has played host to many-a-legend down the years. The Theatre of Dreams has paid homage to the likes of Ryan Giggs, Sir Bobby Charlton and Cristiano Ronaldo. Now, […]