Manchester United are a club that try to rely as heavily as possible on nurturing young talent and turning them into world beaters. However over the last couple of seasons that mantra has changed, and the results of that has meant a monumental increase in transfer and agent fees being paid out.

The Daily Mail have revealed the figures for each of the twenty Premier League clubs in terms of how much they have paid to player agents over a twelve month period, and the results are quite astonishing.

The fees run from September 2014, to October 2015 – meaning Manchester United’s heavy summer spending was a large part of the reasoning behind this.

Check out the full table here: 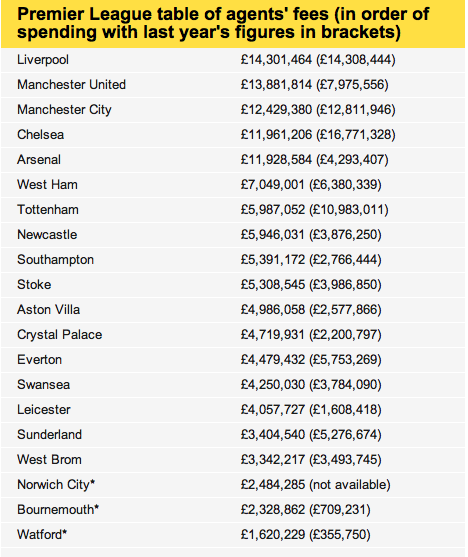 Manchester United are only beaten by Liverpool in terms of agents fees, with the Liverpudlians the real shocker on the list as they haven’t really set the world alight with new signings…

Manchester United have completed their second permanent signing of the January transfer window, and this one is certainly something out of the blue. Sadiq El Fitouri has made the move from Salford City to Manchester […]