Gareth Southgate has named his first England squad since taking over as manager, and it does look extremely strong. Four Manchester United players have gotten a phone call from Southgate, and will get their chances to impress the new manager against Malta and Slovenia.

Wayne Rooney was always going to be called-up as he is the current England captain. Chris Smalling is a huge figure for the national team going forward too.

Marcus Rashford inevitably had to be called up after that stunning hat-trick he scored for the U21s during the last qualifiers, and hopefully, he’ll get a chance to prove his worth despite a vast array of talented strikers included.

Jesse Lingard is an odd one. He’s hugely talented and can produce moments of magic, but hasn’t been at his best over the last two fixtures. It is good for his confidence, though, and perhaps a Three Lions debut is on the horizon. 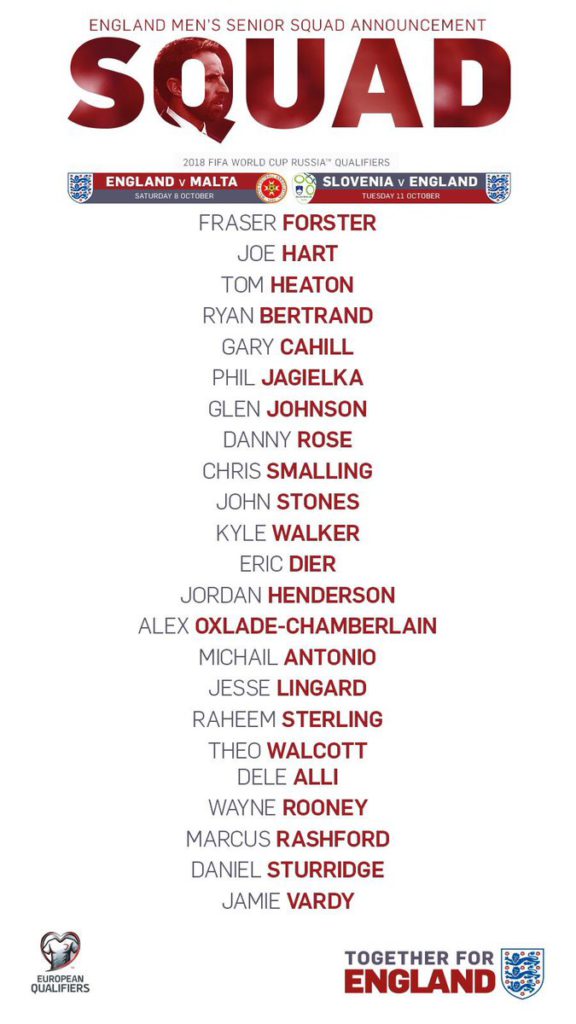 Manchester United Football Club have always been known worldwide for their willingness to harness and develop young talent. Under Jose Mourinho, I always thought that mantra would take a backward step, in fact, he’s shocked […]

Manchester United scraped into the final of the newly-renamed EFL Cup this evening, as they lost 2-1 to Hull City on the night but managed to squeeze through 3-2 on aggregate. Jose Mourinho’s men looked […]

Manchester United are on their way to Turkey now, to play their fourth game of the Europa League competition of the season. United have won two and lost one so far, but this next task […]