The second international break of the season is here, with Roy Hodgson calling up a couple of reds, including Wayne Rooney and Chris Smalling. The guys over at WhoScored have revealed their highest rated Englishmen of the season so far, and only one United player is involved.

It is of course Chris Smalling, who has had an absolutely sublime start to the season. He is in fact the highest rated English defender on the list, and the best performer of the season so far with a 7.46 rating.

It is fair to say that Smalling has been one of the top performers of the season so far. He has looked solid and not given any attacker any time or space on the ball whatsoever.

Smalling has drastically improved his form since that horror show in the away derby last year, and is now one of the first names on the team sheet. Lets not forget he’s still young for a defender at 25, and he has the potential to get even better. 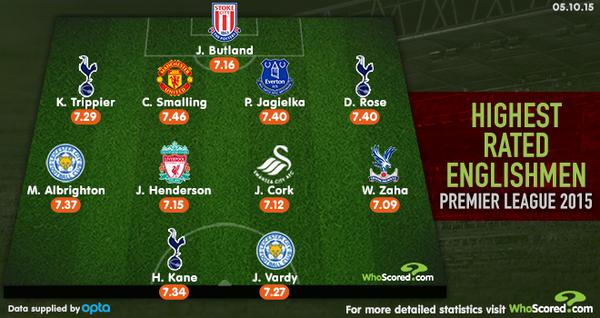 Manchester United Football Club’s hopes of finishing in the top four all-but ended today. The Red Devils lost to Arsenal, with the game at The Emirates ending 2-0. To be quite honest, we all expected […]

Manchester United overcame a poor Liverpool side 3-1 at the weekend, without their captain Wayne Rooney who missed the match due to a hamstring problem he picked up whilst on international duty.

Manchester United are on a roll. The Red Devils are now sat in the Premier League’s top four, which is rather remarkable given just how far off the pace they were when Ole Gunnar Solskjaer […]