Manchester United head to the Etihad on Sunday, to take on Manuel Pellegrini’s Manchester City in the first derby of the season. City have made a somewhat shaky start to the new campaign, but still sit comfortably in third place with plenty more games still to come before the panic will set in.

United did well against Chelsea, and I don’t expect Louis van Gaal will be too keen on changing too much. Chris Smalling did well, but Rojo looked rash at times so I wouldn’t be surprised to see Phil Jones recalled if fit. The only other change I can see happening is Wayne Rooney coming in, but that also depends on the fitness of our captain. 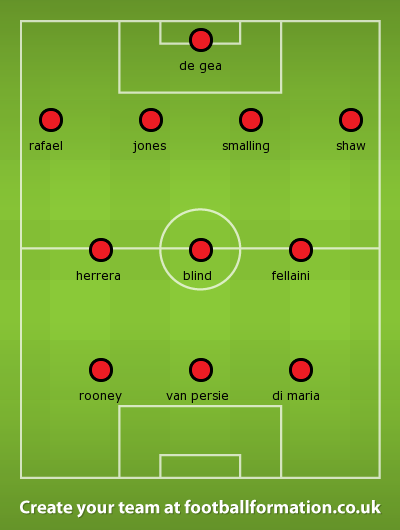 About Jordan Street 14682 Articles
I'm a 25-year old aspiring writer and I created the blog as a platform to discuss all things Manchester United. Season Ticket holder block E332.
Website

Manchester United Football Club dropped a couple of points at home to West Bromwich Albion on Saturday, but there is no time to dwell on it as Everton visit Old Trafford on Tuesday. This match […]

Manchester United Football Club’s slim chances of finishing in the top four continue this midweek with a potentially tricky game against Crystal Palace. Three points here are a must, with Louis van Gaal looking to […]