Manchester United have been awaiting Michael Carrick’s return from injury since the start of the season due to a long-term injury, and we finally learnt that he returned to first-team training last week. Whilst its great to have the 33-year old back, he may struggle to force his way back into the current starting line-up.

With the form of Ander Herrera, Angel Di Maria and Daley Blind probably keeping him out of the side, we’ve looked at the possibility of deploying him in the middle of a back three. Carrick has played at the back before, and done it with some success over the years.

Given a proper run, he could flourish in defence, particularly with another defender either side of him who has more pace. 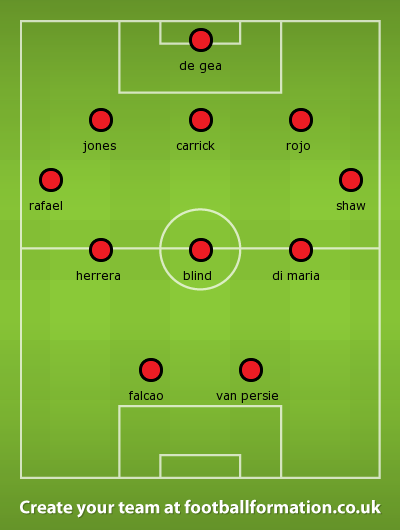 About Jordan Street 14175 Articles
I'm a 25-year old aspiring writer and I created the blog as a platform to discuss all things Manchester United. Season Ticket holder block E332.
Website

Manchester United’s quest for a spot in the top four this season certainly won’t get any easier, with Tottenham Hotspur being the next opponents. Louis van Gaal’s men head to White Hart Lane this weekend, […]

Manchester United Football Club have a big game on their hands this weekend, and as we all know, away trips to Stoke City are never easy. Jose Mourinho’s men drew 1-1 with The Potters’ in […]