These are the days when it’s great to wake up as a Manchester United fan. A tactical masterclass from Jose Mourinho meant that the Red Devils absolutely battered Chelsea in a 2-0 victory. The game as a whole was a thoroughly enjoyable one; perhaps our best win of the season.

It’s that time when Garth Crooks names his BBC Team of the Week, and this makes for some excellent reading for Manchester United fans as three of our players’ performances were rewarded.

First up, we have Marcos Rojo. Yesterday was the first time in a while that I’d heard the ‘Ar-gen-tina’ chant from the crowd and the defender most definitely deserved it. He had Diego Costa in his pocket since the first minute, and massive credit goes to him for that.

Onto the midfield we go, then, and this lad was my performer of the weekend. Ander Herrera absolutely bossed the match throughout. Defensively, he didn’t give Eden Hazard a sniff as he marked him out of the game, and going forward he was stunning. Herrera created Rashford’s opener with an inch-perfect pass, before adding one of his own just as the second half got going.

The final Manchester United player in the team is Marcus Rashford. Mourinho took a gamble by playing the youngster over Zlatan Ibrahimovic, and within ten minutes the Mancunian had his name on the score-sheet. He absolutely ran both Gary Cahill and David Luiz ragged, and it was a real joy to watch.

Check out the full team here: 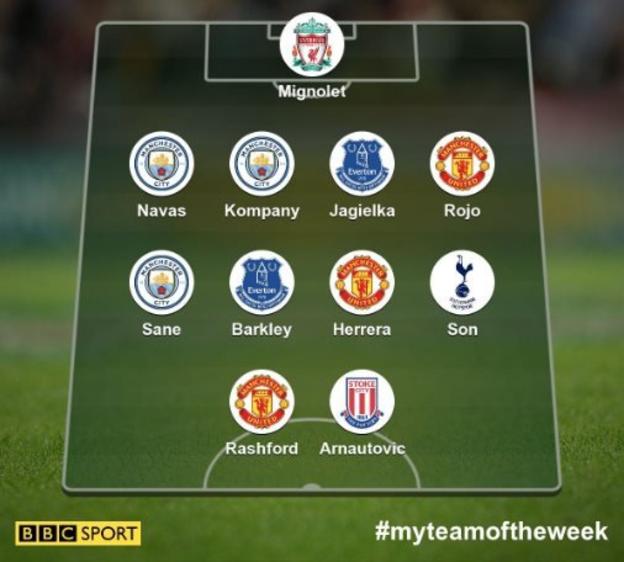 Manchester United’s midfield has been much improved this season under Louis van Gaal, and a key part of that has obviously been the calmness of the England international Michael Carrick. However an extremely underrated player […]

Manchester United have, understandably, had problems when it comes to keeping their key stars happy. After losing Ander Herrera for free, while David de Gea’s and Marcus Rashford’s contracts begin to wind down… However, there […]

‘What I have learnt from him is irreplaceable!’ Rashford clearly grateful for help from Man United teammate

Just over a year ago, Marcus Rashford’s story began. The young forward from Wythenshawe was given his chance thanks to an injury Anthony Martial suffered in the warmup ahead of a Europa League game against […]