Manchester United played out their third 0-0 draw in a row over the weekend, with the fans slowly but surely turning their attention to the boring style of play hat has been on display for the most part of Louis van Gaal’s reign.

His possession based football is anything but exciting to watch, and the damning statistics certainly don’t do him any favours.

Check out the stats here: 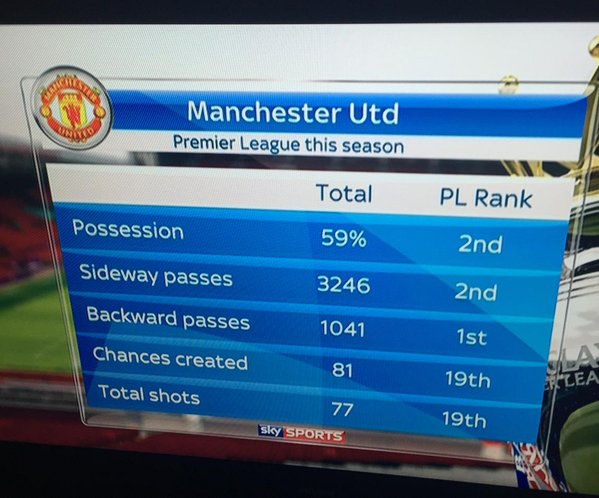 As you can see, Manchester United are second in possession and sideway passes, whilst being first in backwards passes. However in stark contrast, the club are 19th in chances created and also 19th in total shots – this just sum up Louis van Gaal’s tactics completely.

The Iron Tulip is so intent on keeping possession and making sure the ball is being moved that his teams don’t really create an awful lot. It was summed up this weekend perfectly, he relies on his players scoring the one golden chance they have – and in this case Wayne Rooney couldn’t finish that one-on-one midway through the first half.

Manchester United made a bold decision to bring Victor Valdes into Old Trafford last January, with Louis van Gaal clearly preparing for life after De Gea. Obviously situations changed, and the pair had a massive […]

In a deal that looks like a formality, Louis van Gaal is set to be announced as  the United manager at some point this week, according to various reports. The 62-year old could in attendance […]

Manchester United made it into the semi-final of the FA Cup for the first time in years yesterday evening, thanks to a stunning goal from Marcus Rashford, followed by a Marouane Fellaini finish to make […]