Manchester United Football Club have somehow qualified for the Champions League knockout rounds with a match to spare. Although they left it late against Young Boys, the three points were huge and it puts us into the last sixteen.

Once again, the star of the show was David de Gea. The Spaniard was named United’s official Man of the Match after his stunning performance, and now, he has been included in ESPN’s Champions League Team of the Week; and rightly so… 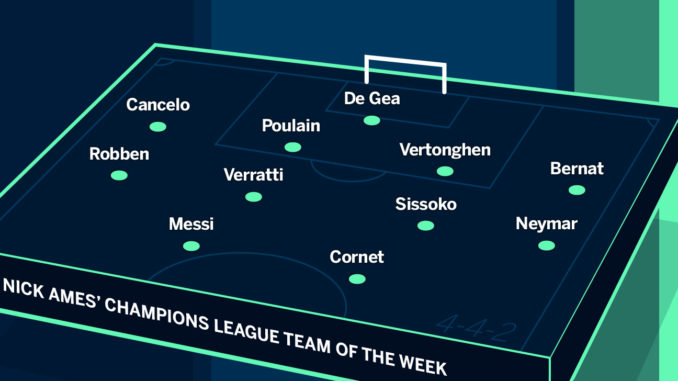 I’m just lost for words in regards to De Gea. Some of the saves he makes are just remarkable, and the stop against De Gea was right up there. At first glance, it looked like an average stop but on second viewing, I’m honestly not sure how he got down that low to palm it out.

We’re just so lucky to have him and be able to call the Spaniard our own. What’s scary is that he’s still improving and learning as a footballer.

Now, it’s down to United to ensure that he calls the Theatre of Dreams his home for the long-term. Hopefully, Edward Woodward can pay the man whatever he wants and get him tied down to a new long-term contract.

Man United get double injury boost as star duo in squad to take on Juventus: report

It’s make or break for Machester United in the Champions League. We’re at the halfway point in the group stage, now, it’s time for the Red Devils to stand up and be counted. Juventus away […]

For Manchester United, qualification to the Champions League last sixteen has already been secured. However, with a huge game against Liverpool on the horizon, several members of the Red Devils squad could be playing for […]