Manchester United put in one of their more convincing performances of the season at the weekend, beating Liverpool 2-1 in their own back yard. Louis van Gaal seems to be getting things moving in the right direction now, and a key factor in that seems to be Juan Mata’s return to the side.

The Spaniard scored two wonderful goals to secure all three points at Anfield, and his all-round play certainly improved.

The 26-year old is at the heart of WhoScored’s European Team of the Week with an 8.96 rating, and he’s featured alongside the likes of Harry Kane, Zlatan Ibrahimovic and Jeremy Menez. 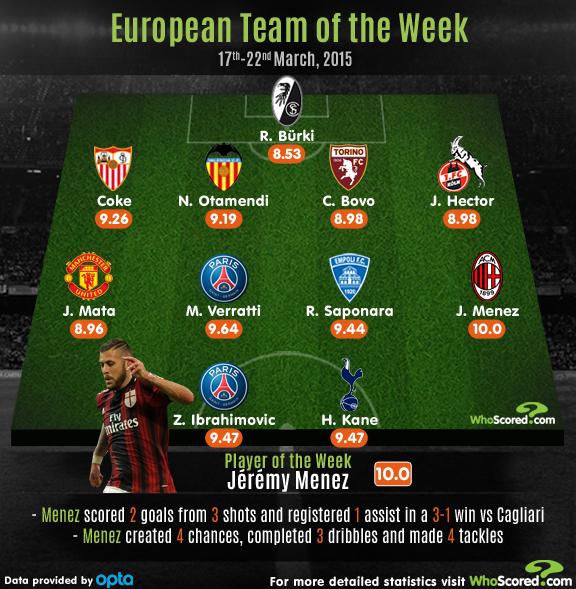 Want to get involved in a live chat with fellow United fans? Click here and download InPlay for IOS and Android. Join our chat named ‘OldTraffordFaithful’ and get involved.

About Jordan Street 15542 Articles
I'm a 25-year old aspiring writer and I created the blog as a platform to discuss all things Manchester United. Season Ticket holder block E332.
Website

There have been contrasting reports in regards to Juan Mata’s future at Manchester United over the last 24 hours or so. Although one thing has remained constant – he will sign a new Red Devils […]

Manchester United’s Louis van Gaal confirmed the huge news that Luke Shaw was set to return to first-team training in the not too distant future; which is remarkable considering the severity of the injury he […]

Manchester United trio to be given huge opportunity by Mourinho

Jose Mourinho is certainly going to shake things up at Old Trafford this season, with Manchester United turning to one of the most experienced coaches in the game to put things right. Many thought some […]