Manchester United kicked off 2016 in the right manner, securing their first win in nine games against Swansea City. It was a much-improved performance than what we have been accustomed to in recent weeks, and at the heart of that was our club captain, Wayne Rooney.

Rooney scored a superbly executed goal with the flick of his left-boot, and came in for praise for his all-round performance. That has earned him a spot in BBC’s Team of the Week, alongside the likes of Willian, Laurent Koscielny and man of the moment Delle Alli.

The one qualm I have with Garth’s Team of the Week is the fact that there is no Anthony Martial in the line-up. Personally I felt we wouldn’t have won the game without the young Frenchman, and if it came to it, I’d put him in the team over our current captain.

Check out the Team of the Week here: 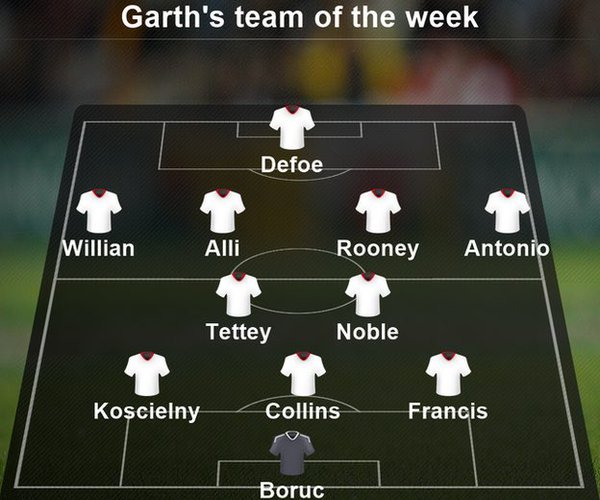 Over the weekend, Sir Bobby Charlton’s goalscoring record at Manchester United was broken by Wayne Rooney. The 31-year-old from Croxteth scored his 250th goal in all competitions for the Red Devils, breaking an accomplishment that […]

Reds score for their countries

International breaks may not be high up the priority list for football fans anymore, but its always nice when players from your team play well and get themselves on the score sheet for their various […]

Wayne Rooney is one of the few Manchester United players who will come out of this season in a positive light, which is all rather ironic. Cast your mind back to Swansea away on the […]