The season is over, and we’ve got a wait of almost two months before we see our beloved United take to the field once again. The off-season is upon us, and its time for the stat experts to summarise our season.

The guys over at WhoScored have given us their Premier League Team of the Season based on their points system, and Manchester United’s Chris Smalling has been named in the side.

Personally I’m quite surprised to see the absence of Gary Cahill and John Terry in this side, but when called upon, Chris Smalling has been excellent – particularly in the big games when it matters most, and that was typified when Louis van Gaal named him captain towards the end of the season. 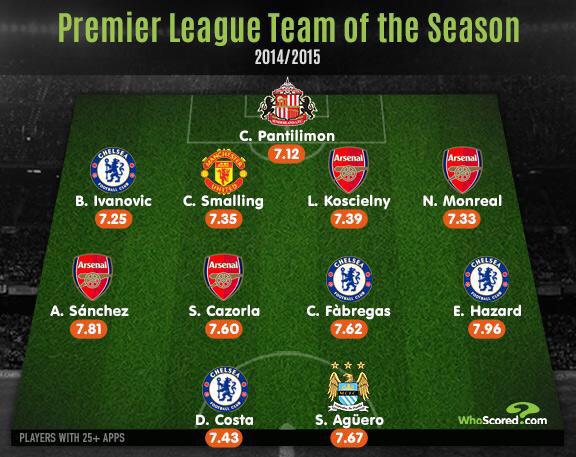 Has Smalling been our best defender this season? Let us know your thoughts in the comment box below.

Manchester United Football Club have been hit-and-miss this season under Ole Gunnar Solskjaer. In tough away games, we’ve seen more bad than good – and that was the case once again yesterday as the Red […]

Manchester United sealed their second home Champions League group stage victory this midweek, as Louis van Gaal’s side eventually broke down a tough CSKA Moscow side thanks to a goal from Wayne Rooney. The match […]