Manchester United could be preparing to ditch Angel di Maria after just one season at the club, and replace him with the younger Dutch winger, Memphis Depay. The news comes from the Daily Star, who published the story on their website and also ran with this headline on their back page.

PSG would be forced to pay through the roof for Angel di Maria if it happened, and its a move I wouldn’t wholly be against at this point in time. We all know he has the talent and ability to re-find form at Old Trafford, but after such a colossal transfer fee you do expect more.

Depay is one talented individual, and although I’d prefer both Di Maria and Depay at the club at the same time, there isn’t place for both in the team. 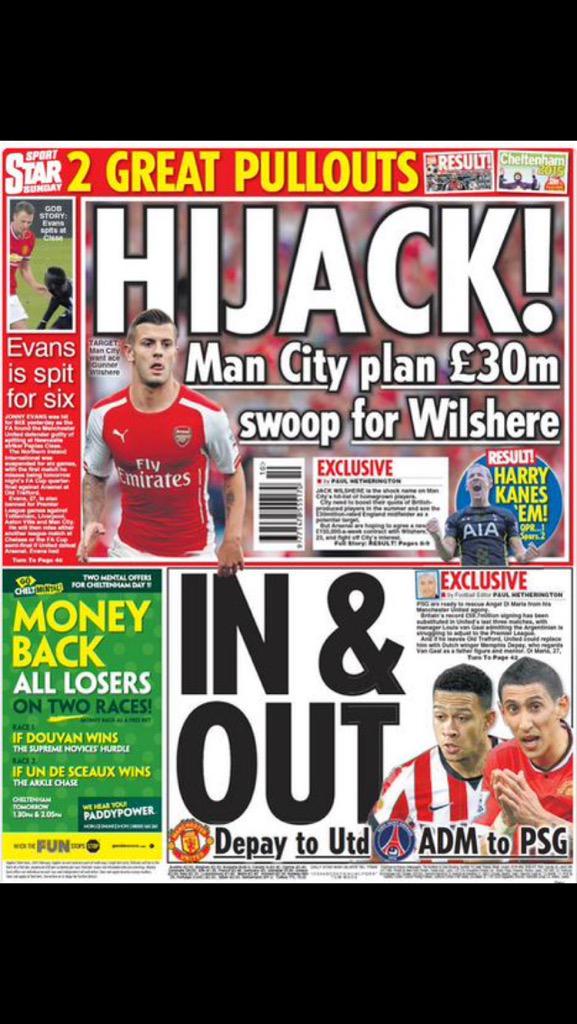 Would Depay be a good signing? Leave your thoughts in the comment box below.

About Jordan Street 15541 Articles
I'm a 25-year old aspiring writer and I created the blog as a platform to discuss all things Manchester United. Season Ticket holder block E332.
Website

Borussia Dortmund CEO Hans-Joachin Watzke refused to rule out the possibility of selling Ilkay Gundogan, but added that he’d like to see the German midfielder pen a new deal at the Westfalenstadion. Manchester United have […]

Before the World Cup, it looked for all the world like Nabil Fekir was headed to Liverpool. Now, though, Manchester United may have just thrown a real spanner in the works. That’s according to the […]

Manchester United could be about to complete one of the biggest deals of the summer transfer window – and it hasn’t even officially opened yet. The journalist who broke the Anthony Martial and Angel di […]