Manchester United’s official kit launch takes place tomorrow, with Adidas taking the sponsorship reigns for the first time in over ten years, as the clubs current deal with Nike ends after a long and somewhat prosperous relationship.

Adidas have broke the sponsorship record by some margin to make United’s kit, and there have been leaks aplenty appearing all over the website, but this one is the most genuine yet as it seems to have come directly from the manufacturers.

The picture below is a screenshot taken from an official Adidas video linked from the website, and you have to say it looks extremely smart. I particularly like the white around the arms and on the collar, and its nice to see a different style taken by our new designers.

Check out the kit here: 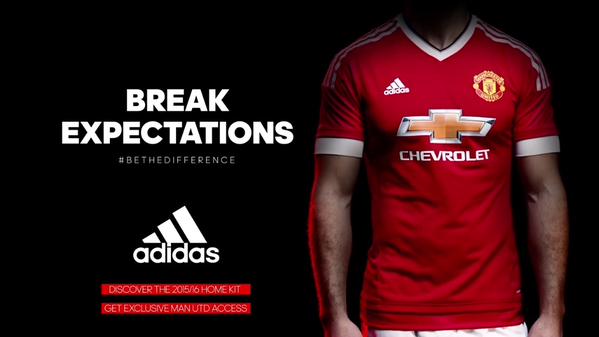 What are your thoughts on this kit? Let us know in the comment box below.

After months of speculation surrounding the new United kit, it was officially launched by the club today. The simple design with the black collar looks really smart and classy, but if you think the gingham […]

Manchester United Football Club have officially unveiled their third kit for the 2018/19 season, and it’s an absolute beauty. The club took to social media to confirm Adidas’ latest work of art, with the kit […]

PICTURE: Away kit revealed by Nike

After the home kit was unveiled earlier this week, everyone’s attention now turned to the away kit launch which is officially scheduled for the end of the month. However, this morning Nike have revealed a […]