Manchester United managed to keep up their purple patch of form in the Premier League over the weekend, as they beat Swansea City 2-0 to remain in second place.

For their performances, two Manchester United stars earned their place in the Daily Star’s Premier League Team of the Week, and there are no surprises as to who was included.

First up we have David de Gea. The brilliant Spaniard barely had anything to do during the first half, but as the second period got underway, the Red Devils found themselves under pressure.

Up stepped the former Atletico Madrid man with two out of this world saves to preserve his clean sheet, while keeping United in a comfortable position.

Then we have Alexis Sanchez. Today’s game was by far and away his most complete as a Manchester United player. He was energetic without the ball, doing his utmost to win it back as quickly as possible.

The Chile star was a huge threat in possession, as his passing and movement left Swansea’s defenders flabbergasted at times. Hopefully, this is a start of things to come for the #7, who we know is capable of tearing up this division.

Check out their full team of the week here: 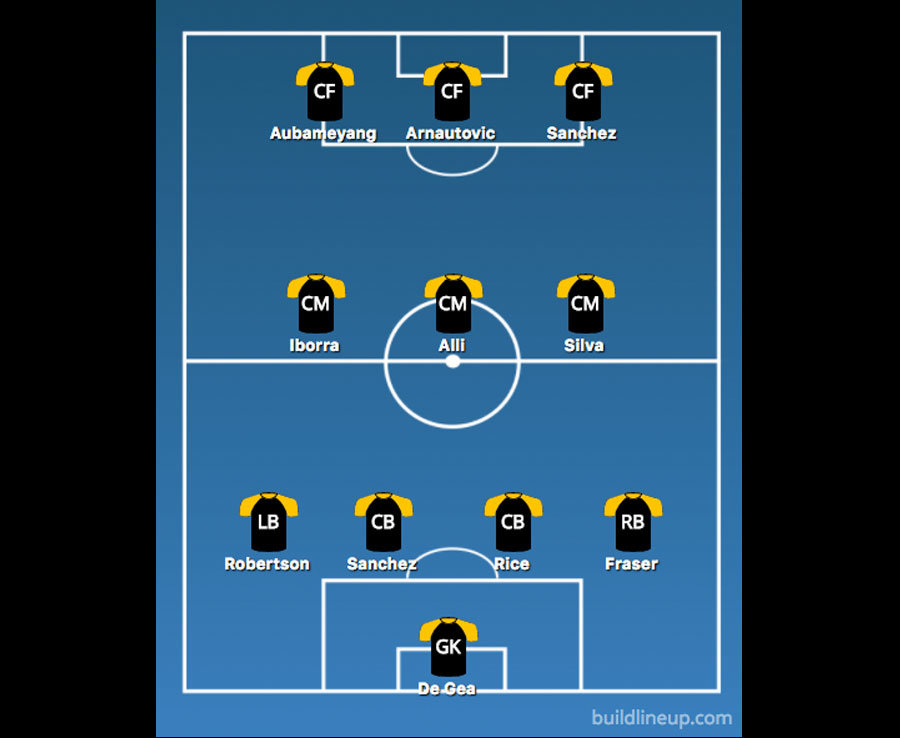 About Jordan Street 15341 Articles
I'm a 25-year old aspiring writer and I created the blog as a platform to discuss all things Manchester United. Season Ticket holder block E332.
Website

Manchester United’s David de Gea has demanded a huge wage increase if he is to remain a Red Devil. That’s according to The Sun, per the Daily Mail. Apparently, the Spaniard has seen massive contracts handed […]

Manchester United have done superbly when it comes to tying players down to new deals this season. However, there’s still a few lads who are yet to commit. Amongst those is the best goalkeeper in […]

Inter to sign Sanchez on loan with option to buy, they will talk today to close deal: report

Despite some pretty good work in the transfer market, Ole Gunnar Solskjaer’s Manchester United still needs time to develop, grow, and perhaps most importantly – clear out the deadwood. Amongst the names whom the Reds […]