Manchester united put in their best performance under Louis van Gaal over the weekend, with the side securing an hugely impressive 3-0 victory away at one of the toughest away grounds in the Premier League – Goodison Park.

Obviously confidence will be high after putting in a game like that, and a trio of the top performers from that match have been rewarded with a place in BBC’s Team of the Week.

Marcos Rojo is first up. He returned to the side after a spell out injured and made an instant impact. He was solid defensively, as well as providing a superb cross for Ander Herrera’s first league goal of the season.

Next up is Morgan Schneiderlin. The Frenchman scored his first United league goal as well as looking extremely solid defensively from the get-go. He simply has to start every game for the club whenever fit.

Last but not least is the aforementioned Ander Herrer. The smiling Spaniard just made United tick. He was at the heart of everything good in an attacking sense and capped off a wonderful performance with a goal. 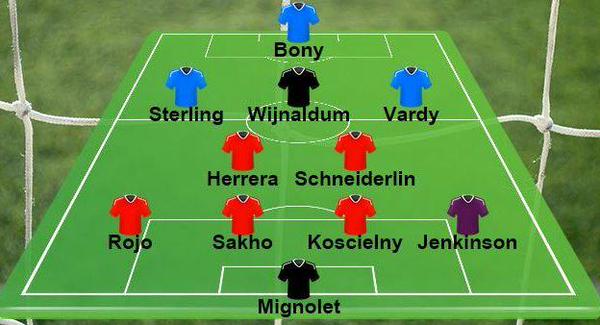 On the face of it, Manchester United have done pretty well in regards to getting players to commit to new long-term contracts at Old Trafford. However, there is still much work to be done. Amongst […]

Manchester United defender ruled out of internationals through injury

Manchester United and Argentina have both been dealt a blow, as Marcos Rojo has been ruled out of the upcoming qualifiers for his country due to injury. Louis van Gaal asked the Argentinian FA to […]

Manchester United secured their biggest result of the season over the weekend, with the Red Devils putting Chelsea to the sword in convincing fashion. Jose Mourinho would have been immensely proud of his players.