Manchester United are always usually a force to be reckoned with on FIFA. However, over the last few years, your mates always seem to let out a snigger when you select United – purely because their squad never really seems to have the right players to fit FIFA’s mechanics.

This year will be totally different however, with the signings of Paul Pogba, Zlatan Ibrahimovic, Henrikh Mkhitaryan and Eric Bailly, United are suddenly one of the best teams on the popular football simulator.

FIFA Ultimate Team is without doubt, the most popular game mode, and today, two of United’s star players saw their ratings leaked online.

Marcus Rashford has been handed a generous 76 rating, and his card looks like a real beast for when you are starting out. That 90 pace, 79 dribbling and 73 shot will be a threat.

Anthony Martial’s card looks ace. He is also blessed with 90+ pace, but his dribbling is a huge improvement on Rashford’s, coming in at an impressive 87. He also boasts 79 shot and 76 physical. 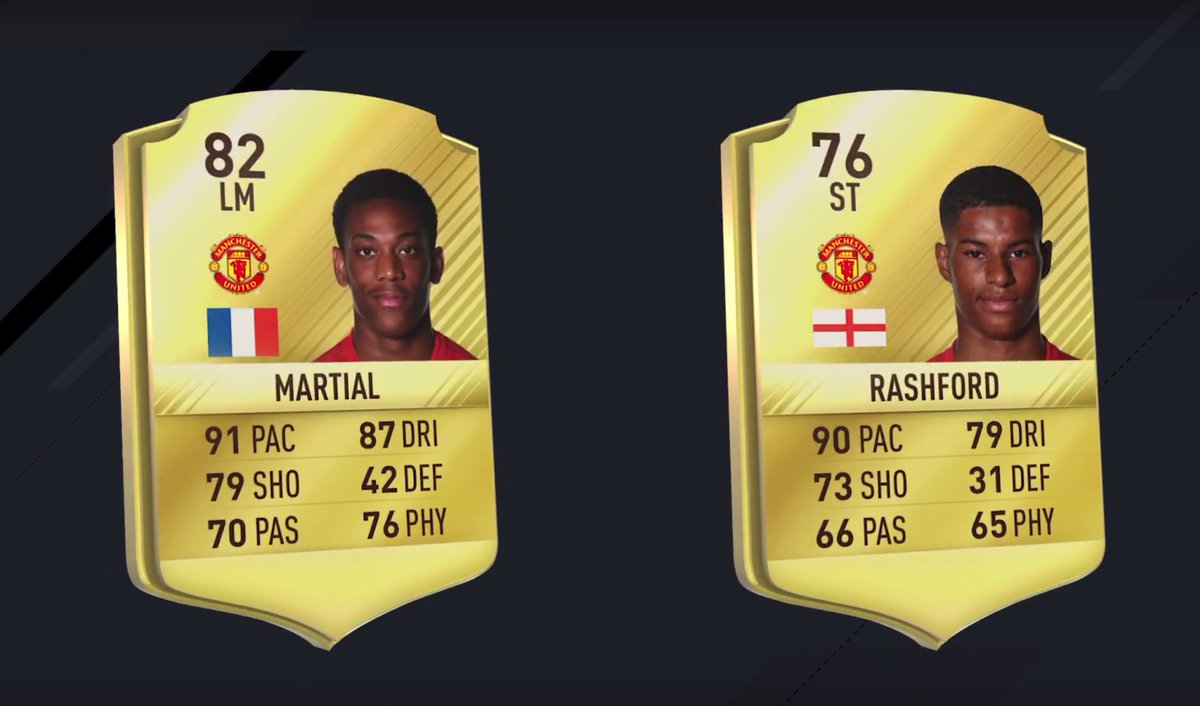 Manchester United are having a tough time of things at the moment, with Jose Mourinho’s men struggling to string any real run of wins together. Next up, Arsenal, in a game that also won’t be […]

Romelu Lukaku set to be benched, young superstar to get chance as striker: report

Just when one team selection problem is fixed at Manchester United, another seems to pop up. Romelu Lukaku is struggling. Badly. The 25-year-old Belgium can’t find any kind of form whatsoever, and now, it looks […]

Manchester United Football Club made a bold move in the transfer market when the club sanctioned a huge £38million to bring Anthony Martial to Old Trafford. The striker was relatively unknown until about a month […]