Manchester United earned a vital three points away at Arsenal last time out, and reached the dizzy heights of fourth place in the table for the first time in a while. Louis van Gaal seems to be able to grind out results despite a horrific injury crisis currently running through the squad, and its great to witness this young United squad developing into winners once again.

Next up is Hull City at home, and although Steve Bruce’s men have been on a good run of late, United simply must back up that excellent Arsenal win with a comfortable home victory against The Tigers.

The team should remain pretty much unchanged, aside from the injury to Luke Shaw which should keep him sidelined. The only player in danger is Van Persie, who managed just 12 touches against his former side [three of which were corners].

Although Radamel Falcao is back in training, it is believed that he won’t be risked in this one, which could well provide young James Wilson with an opportunity. 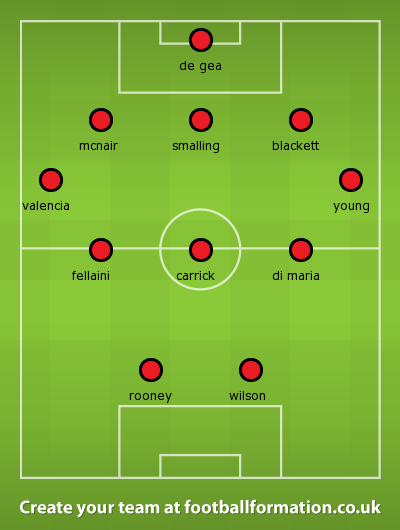 Manchester United’s move for Nemanja Matic has been confirmed. The Serbia star has joined the club on a three-year deal from Chelsea, and he’ll be tasked with playing as the defensive midfielder for the Red […]

Manchester United and Louis van Gaal take on Stoke City tomorrow lunchtime, at the dreaded annual visit to the Britannia Stadium. United will need to be at their strongest both physically and mentally to cope […]

Well folks, we’re almost there. FA Cup day is just on the horizon, with Manchester United taking on Chelsea in the Wembley showpiece. Jose Mourinho’s men have been the better team this term, but anything […]