Manchester United kick off the New Year with a potentially tricky trip to the Britannia Stadium on New Years Day, as Mark Hughes’ side will be looking to get one over on his former employers. Stoke away is always a huge test for any side due to the Potters’ combative style of play, and no doubt we’ll be in for another stern test this time around.

Louis van Gaal is clearly not happy about the busy schedule around Christmas time, and for that reason I expect him to make changes wherever possible. Luke Shaw and Rafael could both come back into the starting line-up in defence, as could Chris Smalling who has recently returned from injury.

The rat of the team is pretty much the same as last time out, with the only other exception being Ander Herrera who’ll add some much-needed bite to the midfield. 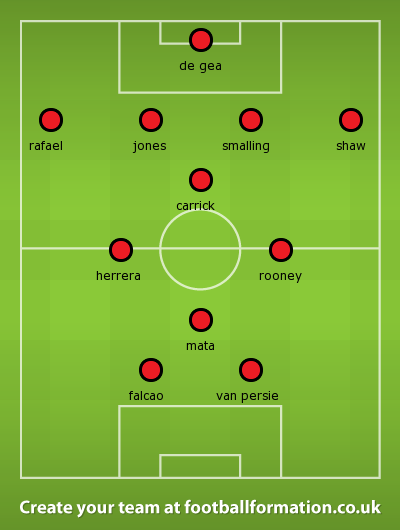 Manchester United’s sole focus for this season is to finish in the top four now, and with only a couple of months remaining in the season, we’re really getting into the thick of things. Next […]

Manchester United’s attentions turn to the newly-renamed EFL Cup tomorrow evening, with a trip to Northampton Town on the cards. The game won’t be easy, particularly as Jose Mourinho’s men go into it on the […]

Manchester United and Louis van Gaal take on Stoke City tomorrow lunchtime, at the dreaded annual visit to the Britannia Stadium. United will need to be at their strongest both physically and mentally to cope […]