Manchester United’s biggest game of the season comes on Sunday, with a tricky trip to Anfield on the horizon. Louis van Gaal will have to get his tactics and team selection absolutely spot on for this one, but he shouldn’t tinker too much after a superb all-round performance last time out against Spurs.

The only couple of changes I can see him making is bringing Rojo back into the side if fit. The Dutchman likes to have one left-footer and right-footer at the heart of his defence, but the rest of the team should remain the same.

Van Gaal will also likely recall Angel di Maria despite an excellent performance from Juan Mata. The Argentine’s pace will be crucial on the counter attack as United will look to expose Liverpool’s slow defence.

Marouane Fellaini, Michael Carrick and Ander Herrera ran the show against Spurs, but they’ll have to maintain that level of ability if they are to overcome a stern Liverpool midfield. 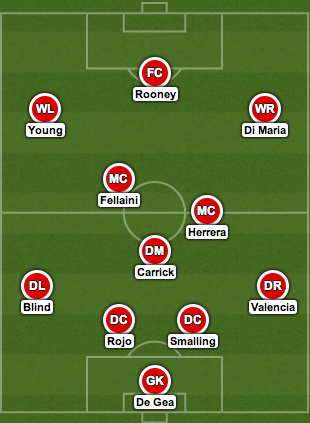 Manchester United seem like they’ve been away forever during the international break, but the wait is almost over. Van Gaal has confirmed that we have just four first-team injuries within the squad now, and the […]