Manchester United’s attentions rapidly return to domestic cup action, with a trip to Preston coming on Monday night. Louis van Gaal was unhappy with the level of performance against Burnley, and he’ll be expecting much better in a few days time.

We should finally see the long-awaited debut given to Victor Valdes, with a back four of Rafael, Chris Smalling, Marcos Rojo and the returning from suspension Luke Shaw in front of the Spanish keeper.

Marouane Fellaini and Ander Herrera will be the midfield duo, with Adnan Januzaj and Antonio Valencia either side of him. The English strike force of James Wilson and Wayne Rooney should cause havoc against a lower league defence. 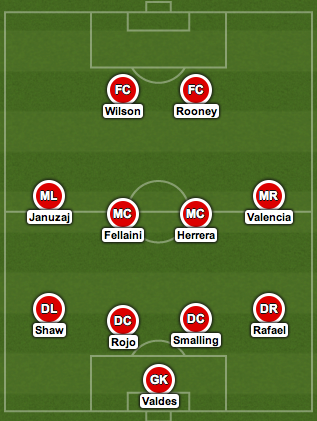 Manchester United Football Club take on Juventus in Turin tomorrow night, in a fixture that could prove vital towards qualifying for the knockout rounds of this season’s Champions League. Jose Mourinho’s men have won two […]

Manchester United’s Champions League dreams are all-but over, with Louis van Gaal’s side failing to secure all there points at Upton Park last night. Now attentions turn to Bournemouth at home, which could well be […]